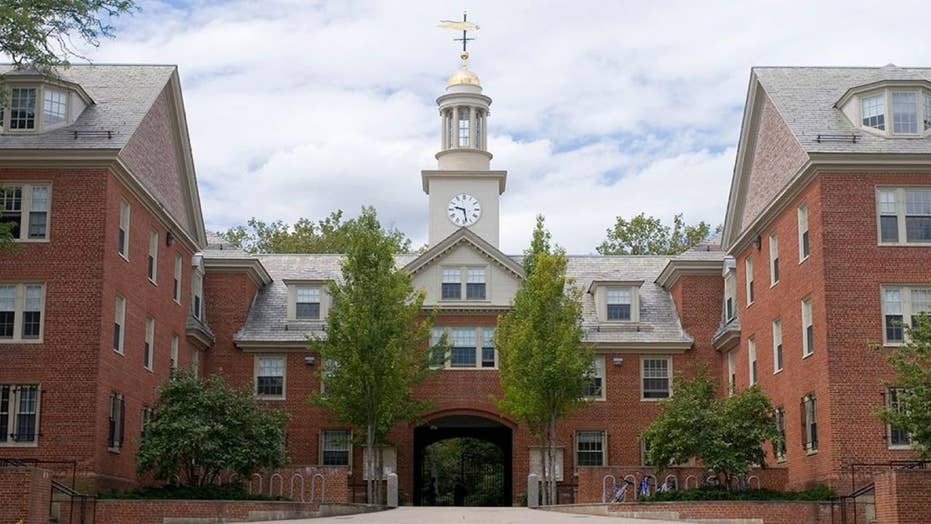 A student-approved referendum calling on Brown University to divest from companies “complicit in human rights abuses in Palestine” has been rejected by the president of the Ivy League institution.

“Brown’s endowment is not a political instrument to be used to express views on complex social and political issues, especially those over which thoughtful and intelligent people vehemently disagree,” Brown president Christina Paxson said in response to the March 21 vote, according to reports.

REP. RASHIDA TLAIB SAYS ISLAMOPHOBIA STILL 'VERY PRESENT ON BOTH SIDES OF THE AISLE' IN CONGRESS

The publication reported that student or faculty BDS resolutions have passed at 31 universities across the U.S. since 2015, according to Amcha Initiative, a nonprofit that tracks campus anti-Semitism.

Students approved the non-binding referendum in a landslide, 69-39 percent, according to reports.

Brown Divest said the referendum’s approval was a “historic day for Brown as we take an emboldened and clear stand against the university’s complicity in human rights abuses in Palestine and in similar systems of oppression around the world,” according to the Forward.

Another student group,, Brown Students for Israel, said the referendum was “a defeat for all students who believe there is a better way to pursue peace between Israelis and Palestinians, who seek intellectually honest discourse about Israel and the conflict, and who prioritize a safe and inclusive community at Brown.”