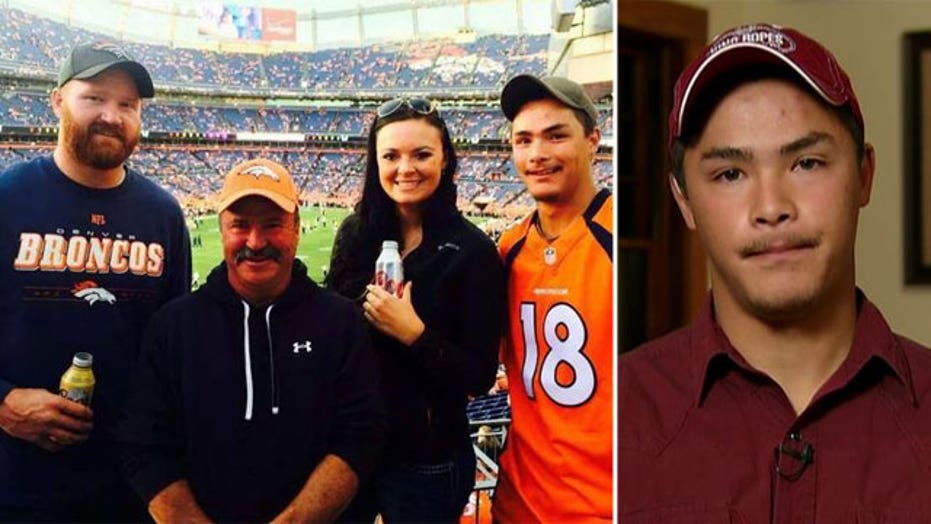 Massive search under way in Denver for Paul Kitterman

The Denver man who disappeared during last week's Broncos game told police he had "his fill of football" and walked and hitchhiked about 130 miles to a city in southern Colorado.

The department posted on its Twitter page that 53-year-old Paul Kitterman, of Kremmling, Colo., had been located in Pueblo, Colo., approximately 110 miles south of Denver. No details were immediately released of how Kitterman was found or how he had managed to travel that distance over the previous five days.

"All we were trying to do was make sure he was unharmed, and he was," Warneke said. "So at that point, we're finished." Police referred all other questions to Kitterman's family.

Kitterman was attending the Broncos' game against the San Diego Chargers on Thursday night with his son, Jared Tonneson, and two family friends after a day spent working and hunting at another friend's ranch. Kitterman and Tonneson were sitting in separate sections of the stadium during the game. The four briefly met on the concourse at halftime before Tonneson went to use the bathroom and the two family friends went back to their seats. Kitterman did not join Tonneson at their seats for the second half of the game, but the son did not realize his father was missing until he met the other two friends after the game.

Tia Bakke, one of the two friends Kitterman and Tonneson attended the game with, said that Kitterman was only carrying approximately $50 in cash and did not bring a cell phone or credit cards along. He did not have any medical conditions and had no history of drug or alcohol problems. Tonneson told the AP that Kitterman had four or five beers in the course of a four-hour span.

Police repeatedly said that they did not suspect foul play in Kitterman's disappearance. On Monday, authorities reviewed surveillance video taken inside the stadium and confirmed that someone saw Kitterman during the third quarter of the game, but could not say where in the stadium he was seen.