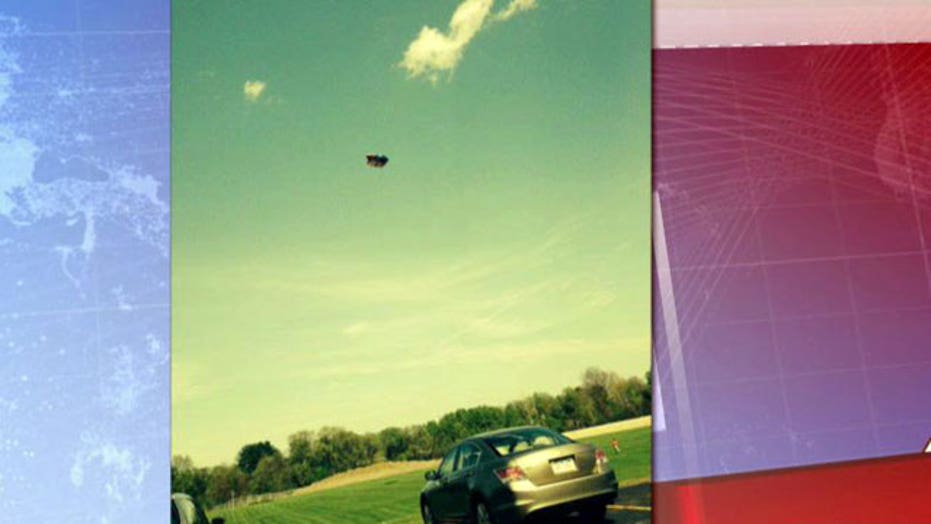 Police tell The Post-Star of Glens Falls that a 10-year-old girl and two boys, ages 5 and 6, were playing in the 10-by-10-foot structure at a South Glens Falls townhouse community Monday afternoon when it broke loose from plastic anchoring stakes.

The girl fell out at once and suffered minor scrapes, but the boys didn't tumble out until the toy was 15 feet high. Police Chief Kevin Judd tells the newspaper Wednesday that one boy is in a medically induced coma with a head injury and the other has two broken arms and several broken facial bones.

The chief called it a "tragic accident."