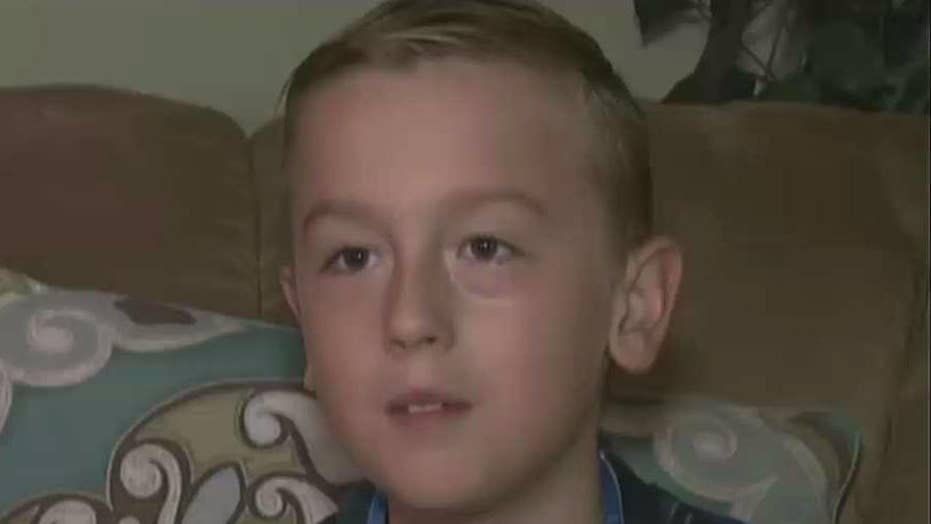 9-year-old sends Trump $3 and gets a letter back

A boy in Tennessee received an unexpected surprise after a stranger learned of his donation to President Trump.

Shortly after Inauguration Day, Eli’sha Davies, 9, learned that the president was taking a big salary cut in his new job. So he decided to send him $3 to help him pay his bills, WGRZ reported.

The story gained attention after Trump wrote him back this week, reportedly sending a letter, a picture, and the $3, urging Davies to put it towards bettering his community.

But Davies’ mother told reporters that the money was actually meant to go towards a new mandolin the boy had been saving for, WGRZ reported. But he was having trouble because he kept finding people he thought needed the money more than he did, like the president.

The Young Musicians Education Foundation Inc. is a local charity that helps kids get access to instruments who otherwise wouldn't be able to afford them, WGRZ reported.

When John Wildeman, the president of the Foundation, heard about Davies' story, he decided that he wanted to help out, so he gifted him the mandolin he wanted.

"$3 is a lot of money to a little kid, most kids," Wildeman said. "For him to sacrifice that and send that money to someone who he thought really needed it, that meant an awful lot to me."

"I'm like a kid at Christmas when I know we're giving a child an instrument like this," Wildeman said. "It's just a thrill for me to be able to do it."

Guitar Center, a music store, reportedly jumped on the donation as well, sending Davies picks, strings, a tuner and chord chart to help him in his practice.

Davies, who began playing the instrument at church, was ecstatic to now be able to practice at home, WGRZ reported.

"I'd like to say that he was really generous to do that for me," Davies said about the donation.

Now that he has his mandolin, the boy said he wants to figure out what to put his money towards.

“Well I just want to be a blessing to everyone,” Davies said.