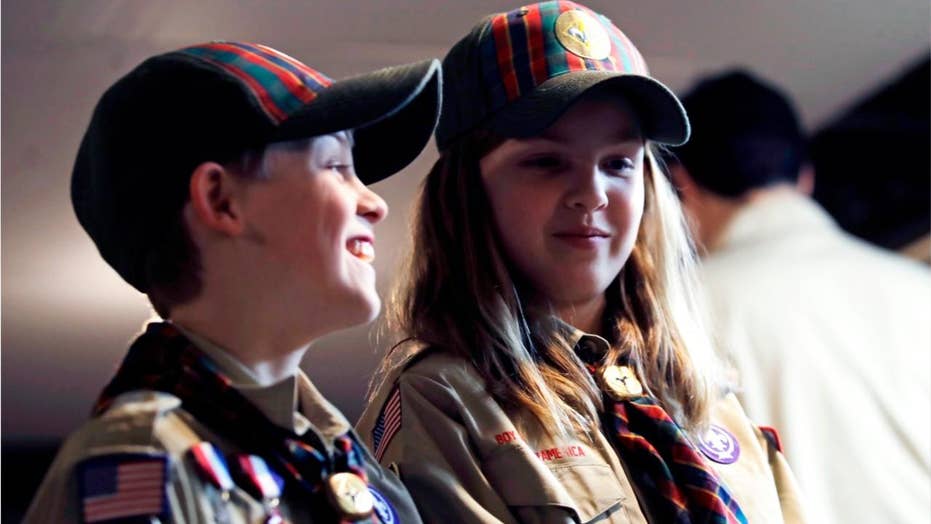 The Boy Scouts is getting a name change. Starting in February, 2019, the program will switch to a gender neutral title and allow girls to join.

After 108 years, the Boy Scouts program is set to drop the gender from its name and re-emerge as "Scouts BSA," a more "inclusive" group that will also soon welcome girls in its ranks.

Boy Scouts of America, the parent organization of the Boy Scouts program, made the announcement Wednesday. Though the decision to toss "Boy" aside was considered controversial by some, Chief Scout Executive Mike Surbaugh said the new name came about after an "incredibly fun" deliberation.

"We wanted to land on something that evokes the past but also conveys the inclusive nature of the program going forward," he said. "We're trying to find the right way to say we're here for both young men and young women."

The name change is expected to take effect next February. Boy Scouts of America and Cub Scouts will keep their titles. Cub Scouts – the program for 7- to 10-year-olds – has already started to admit girls.

The 11- to 17-year-olds who join Scouts BSA will likely start referring to themselves as scouts without a gender modifier, Surbaugh said.

The program will have separate units for boys and girls, which Surbaugh said should alleviate concerns that girls joining the new program might be at a disadvantage in seeking leadership roles.

"We're trying to find the right way to say we're here for both young men and young women."

"Girl Scouts is the premier leadership development organization for girls," Sylvia Acevedo, the Girl Scouts' CEO, said. "We are, and will remain, the first choice for girls and parents who want to provide their girls opportunities to build new skills...and grow into happy, successful, civically engaged adults."

Boy Scout leaders have cited busy and diverse families as a reason to make the change. They said they hoped the switch would give parents more options. The Boy Scouts began offering co-ed programs in 1971. Leaders have said participation has been at 2.3 million – down from 2.6 million in 2013.