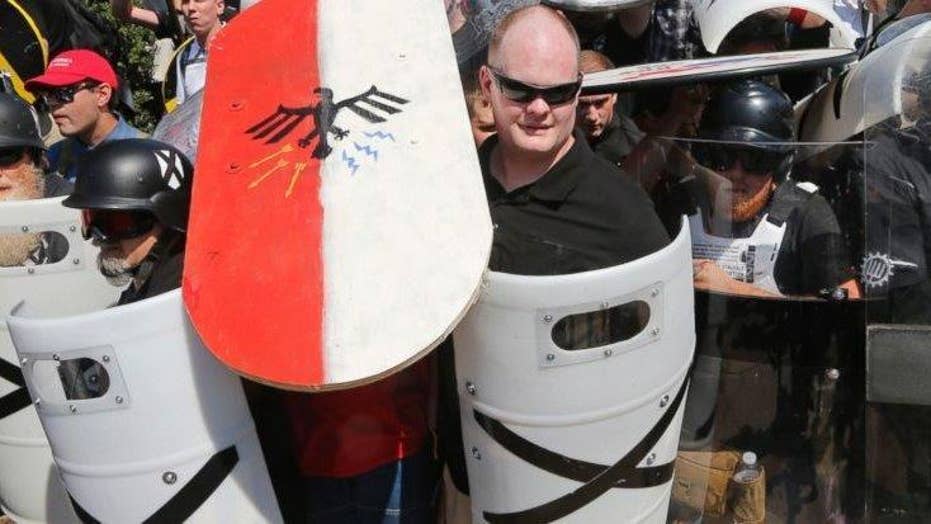 In the wake of Charlottesville, all eyes are turning to Boston, which is scheduled to hold a “Free Speech Rally” on Saturday afternoon.

Just one week after the disastrous “Unite the Right” rally in Virginia that left one woman dead and dozens more injured – and just days after Boston’s Holocaust Memorial was smashed to pieces -- the City of Boston and Police Commissioner William Evans were preparing for possible confrontations at the “Free Speech Rally,” organized by the Boston Free Speech Coalition.

In order to keep the peace between conservative activists and leftist counter-protesters during a rally that could draw thousands of people to Boston Common, the city is deploying 500 police officers -- some in uniform, others undercover, Williams said.

Although rally organizers stressed in a Facebook post that, "We are not associated with any alt-right or white supremacist groups. We are strictly about free speech," opponents fear the event will turn into another white nationalist protest, especially as members of the Massachusetts Ku Klux Klan are planning to attend, the Boston Herald reported.

However, Thomas Robb, national director of the Knights of the Ku Klux Klan, told the Herald he doesn’t believe the members will be disruptive, and had nothing to do with the violent protests in Charlottesville.

“Our members don’t stand out, they don’t walk around giving Nazi salutes. They might be your next door neighbor or Cub Scout leader,” Robb said.

"Our members don’t stand out, they don’t walk around giving Nazi salutes. They might be your next door neighbor or Cub Scout leader."

Boston's Democratic mayor, Marty Walsh, and Massachusetts' Republican governor, Charlie Baker, both warned that extremist unrest wouldn't be tolerated in this city famed as a cradle of American liberty.

In addition, harsh restrictions were set in place to obtain the permit for Saturday’s rally, including a ban against backpacks, sticks, and anything that could be used as a weapon.

Black Lives Matter and other groups opposing extremism will be making their way to the Common -- the nation’s oldest city park, which has been the site of rallies and protests for hundreds of years.

John Medlar, an organizer of the rally, told the Herald he would “immediately denounce” anyone touting swastikas or doing a “Hitler salute,” and won’t let the free speech event be “hijacked by the KKK.”

The rally will take place from noon to 2 p.m. Eastern time. Events are also scheduled in Atlanta and Dallas.