A U.S. Border Patrol supervisor confessed to killing four women earlier this month and planned to die as a "suicide by cop," investigators said Monday.

According to court documents, 35-year-old Juan David Ortiz, gave a "voluntary verbal confession" to the murders shortly after he was arrested early Saturday outside a Laredo hotel. He remained in jail on $2.5 million bond Monday. He is accused of four counts of murder, aggravated assault with a deadly weapon and unlawful restraint.

Ortiz was caught hours after he picked up a woman named Erika Pena, investigators said. Pena told police she struggled with Ortiz inside his truck, where he pointed a pistol at her, but that she was able to escape. She made it to a gas station where she found a state trooper whom she asked for help.

Webb County Sheriff's Chief Deputy Federico Garza told reporters Monday that Ortiz wasn't immediately identified as the suspect in the woman's kidnapping and the deaths. An affidavit dated Saturday showed that he was identified after Pena led investigators to his home, where Ortiz had taken her hours before.

The affidavit said Ortiz was spotted at a gas station at approximately 1 a.m. Saturday. He left and hid in the hotel parking lot where he was arrested.

Garza added that Ortiz "was going to try to commit suicide by cop" by brandishing his cellphone to look like a weapon, but ultimately was arrested without incident.

Webb County District Attorney Isidro Alaniz described Ortiz as a "rogue individual" whose actions "do not reflect the work done by the men and women of Border Patrol." 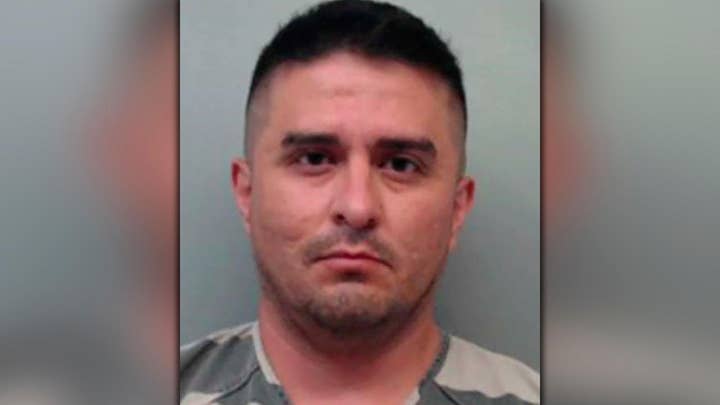 Over the weekend, Alaniz said Ortiz had reported to work as usual during the killings, which investigators claimed took place between Sept. 3 and hours before he was arrested.

"As law enforcement was looking for the killer ... he would be reporting to work every day like normal," the district attorney said.

Three of the four women killed have been identified. All four were shot in the head and left in a road in rural northwest Webb County.

The first woman, 29-year-old mother of two Melissa Ramirez, was found Sept. 4. The second, 42-year-old Claudine Anne Luera, was found shot and left in the road Thursday morning, badly injured but still alive, according to the affidavit. The mother of five died at a hospital later that day.

On Monday, authorities identified the fourth woman killed as 28-year-old Umberto Ortiz, a transgender woman who reportedly went by Janelle. The third woman has not been identified.

At least two of the four were U.S. citizens; the nationalities of the others were not known, Alaniz said. Authorities are still scouring for clues as to what motivated the killings.

"The question that's out there is, `Why did he do this?"' Alaniz said. He later added: "We are trying to get into the mind of this killer."

Before being hired by Border Patrol, Ortiz served in the U.S. Navy for nearly eight years, until 2009, holding a variety of medical posts as well as a three-year detachment with the Marines. A Navy spokeswoman declined to answer questions about the nature of the suspect's discharge or whether he'd been disciplined.

The Border Patrol said there was nothing in Ortiz's background suggesting he was capable of such crimes. A representative of the agency said he had a minor incident in his background, but gave no details on it.

Oritz is the second Border Patrol agent in Laredo to be arrested on a murder charge this year after Ronald Anthony Burgos-Aviles was accused of killing a woman with whom he was romantically involved and her 1-year-old child. Prosecutors are seeking the death penalty in that case.