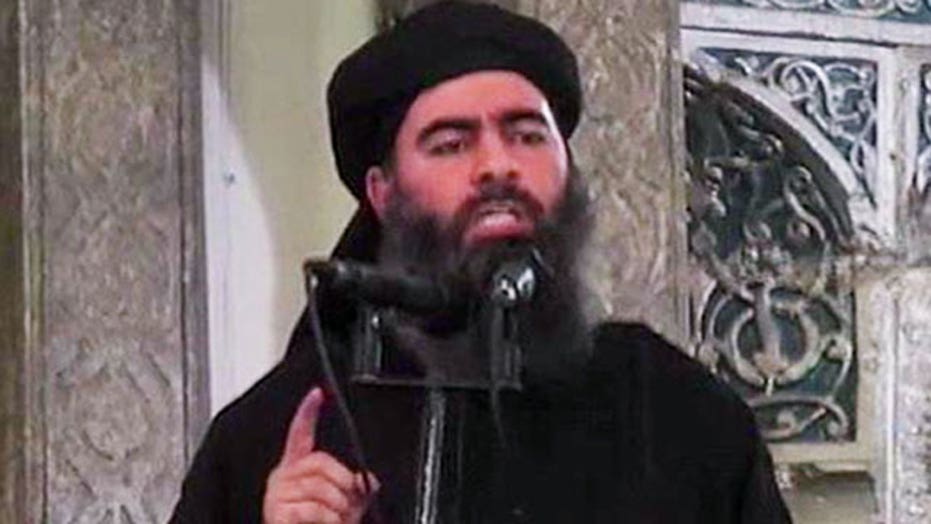 The ISIS leader: What does he want?

The border crisis could be the perfect opportunity for Islamic terrorists looking to sneak sleeper cells into the U.S., say experts.

Patrols on the Mexican border have been stretched to the breaking point in recent weeks by a tidal wave of immigrants from Central America. Among the estimated 60,000 people who have streamed across is a small percentage of what agents term "Special Interest Aliens," or SIAs. Terrorism experts say airport security is effective at keeping dangerous jihadists out, but the border breakdown could be America's Achilles heel - providing an entry point for groups like ISIS.

“It's impossible to say that ISIS will soon be active on our border, but some groups will be,” said retired Army Lt. Col. Ralph Peters, a security and defense analyst and Fox News contributor. “The one thing that all of the squabbling jihadi groups in the Middle East and North Africa have in common is that they want to strike the U.S., both for what they view as vengeance and because, in terrorist circles, striking the U.S. is how you confirm that you're a major player.”

It’s long been known that a percentage, albeit small, of illegals caught sneaking across from Mexico hail from terror-sponsoring states. And some of the Islamic terror groups have ties to Latin American drug cartels and gangs, including MS-13. The combination of terrorists' desire to infiltrate the border and gangs' know-how could prove dangerous to American security, say experts.

“It’s obviously a concern,” Shawn Moran, vice president and spokesperson for the Border Patrol Council, told FoxNews.com. “If you pay the cartels enough, they will sneak you across or assist in getting anything you want across the border.

“It’s definitely a nightmare scenario if they use the borders, north or south, to cross and conduct a terrorist attack,” Moran added.

Some policy experts say that, while it’s possible for groups like ISIS to cross at the border, it may not be necessary for them to achieve their deadly means.

“Big picture, we need to look at how terrorist attacks have evolved since 9/11,” Scott Stewart, vice president of tactical analysis for Stratfor, a geopolitical intelligence firm, told FoxNews.com. “The old model was to sneak operatives in, but it has really changed in recent years. It’s emanating from the grassroots. People who already reside in a targeted country are recruited or those who can enter a country legally with proper documentation.”

And ISIS, despite its bluster, is probably not yet capable of launching an attack on American soil, Stewart said.

“They really haven’t shown a capacity to import their attacks,” he said. “They haven’t worked towards conditioning operatives for terrorist attacks. It’s a very different than the training for the insurgency.”

James Phillips, a senior research fellow for the Heritage Foundation, said the U.S. can never completely protect itself from terrorist infiltration.

“The real danger is Europeans that have already been recruited who could fly into the country legally,” he said. “I wouldn’t rule out the Canadian border, either. Many operatives from other terrorist groups have entered the U.S. from the north.”