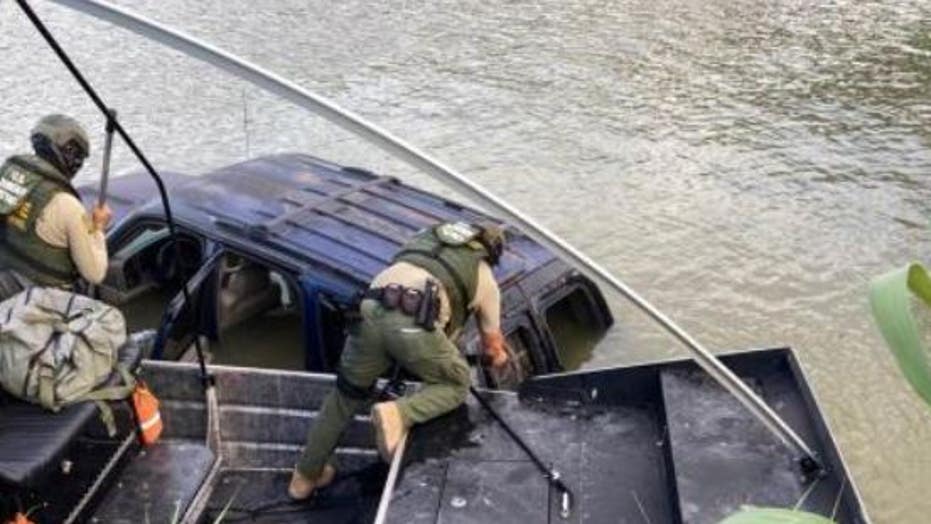 Federal border agents on Saturday thwarted a drug smuggling attempt in southern Texas near the border of Mexico.

U.S. Border Patrol agents from the Laredo North Station spotted a blue SUV being load with what they suspected was bundles of narcotics sometime in the afternoon, CBP said in a press release.

U.S. Customs and Border Protection say they found 370 lbs. worth of marijuana in a submerged vehicle in the Rio Grande River on Saturday. (CBP)

The agents attempted to stop the vehicle near the entrance of a ranch, but the driver failed to yield, leading the agents on a chase, according to CBP.

CBP Air and Marine Operations maintained visual of the vehicle from the air as it continued toward the Rio Grande River.

The driver then drove the SUV into the water and fled into Mexico, CBP said. Agents with Laredo Sector Marine Operations recovered five bundles of marijuana from the submerged vehicle.

The narcotics reportedly weighed around 370 lbs. and had a value of nearly $300,000. The agents turned the narcotics over to the Drug Enforcement Administration and the SUV was recovered from the river.