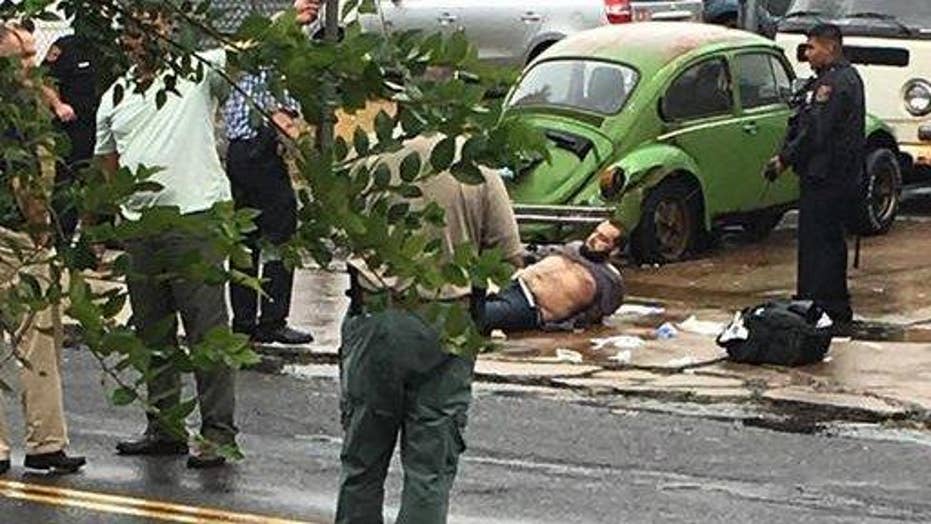 The family of the Muslim bombing suspect who was arrested following a shootout with police in New Jersey Monday sued their city and local police force in 2011, charging they were harassed over their faith.

Ahmad Rahami and his family, which had owned First American Fried Chicken, in Elizabeth, N.J., since 2002, claimed in a federal lawsuit that local cops subjected them to discrimination and 'selective enforcement' based on their religion. They claimed police tried to shut down their restaurant before 10 p.m. with a barrage of summonses and visits.

"Despite their legal right to keep the restaurant open past 10 p.m., defendants, each and every one of them, with reckless disregard and deliberate indifference to plainiffs' constitutional rights of liberty, due process and equal protection embarked on a course of conduct to harass, humiliate, intimidate, retaliate against and force plaintiffs to close their business by 10 p.m. by filing complaints, tickets, summonses ...," read one line from the complaint, filed in U.S. District Court for the District of New Jersey.

The family charged the local police department's "selective enforcement of an ordinance...were based solely on animus against plaintiffs' religion, creed, race and national origin."

Two of the suspect's brothers, Mohammad K. Rahami, Jr. and Mohammad Q. Rahami, were arrested in 2009 after they tried to record their conversation with officers.

The complaint was dismissed in 2012.