A 3-year-old girl died on Monday after suffering a fatal injury during her birthday party outside her family's Boise apartment complex. (Idaho GOP/Twitter)

The 3-year-old girl can be seen in a photograph behind a princess-themed birthday cake and a wall filled with pictures of Disney princesses.

It was not clear when the picture was taken, but Kadir's birthday party on Saturday outside a Boise apartment complex was interrupted by a mass stabbing at the hands of an enraged man.

Kadir suffered injuries that proved to be fatal and eight others were hospitalized. The attack at the Wylie Street Station Apartments occurred at about 9 p.m.

There was a valiant effort to save the girl, who fled Ethiopia with her single mother when she was a “brand-new infant daughter,” but she died on Monday after being flown to a hospital in Salt Lake City, IdahoNews.com reported.

Timmy Kinner, 30, is accused of stabbing the group of children and adults who tried to protect them. Word of Kadir's death came at Kinner's first court appearance, where Ada County Magistrate Judge Russell Comstock told him that he was charged with first-degree murder and other felonies in connection with the attack. He could face the death penalty if convicted, The Idaho-Statesman reported.

The suspect had recently stayed at the apartment complex but was asked to leave Friday over bad behavior, Boise Police Chief William Bones said.

Wearing a tattered off-white sweatshirt with his arms shackled to his waist, Kinner told the judge he didn't understand the charges or proceedings. He also said he wanted to represent himself. 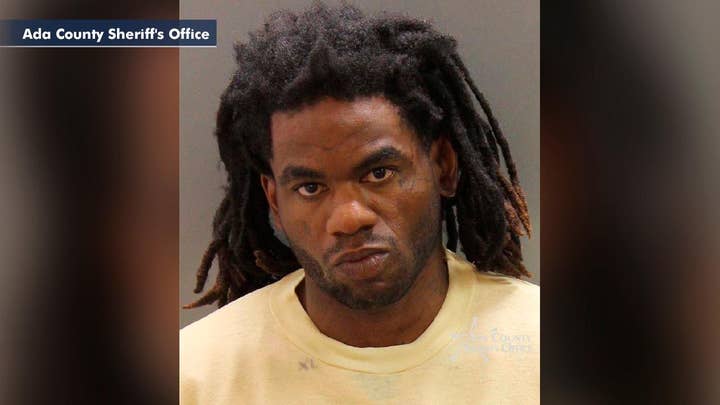 The judge ordered that he be appointed a public defender anyway.

"I can't explain the charges any more clearly than I just did," Comstock said.

On Monday evening, roughly 1,500 people turned out at a vigil honoring members of refugee families targeted in the stabbing.

People wept, sang and shouted their support for the refugee community, and many brought bouquets of white flowers intended to symbolize peace. By the end of the rally, hundreds of bouquets filled dozens of baskets on the steps of Boise's City Hall.

But community leaders told the crowd that what the survivors really need is money to cover rapidly growing medical bills and space at home to try to overcome the constant sense of unease they've experienced since the attack. Boise Mayor Dave Bieter and others urged community members to do what they can to help.

“The thought of a happy occasion like a child’s birthday party being turned into the darkest of sorrows in such a vicious way is almost unfathomable,” he wrote in a statement. “I know every Boisean joins me in sending our deepest condolences to her family and loved ones, as well as continued thoughts and prayers to the other eight victims recovering from their injuries.”