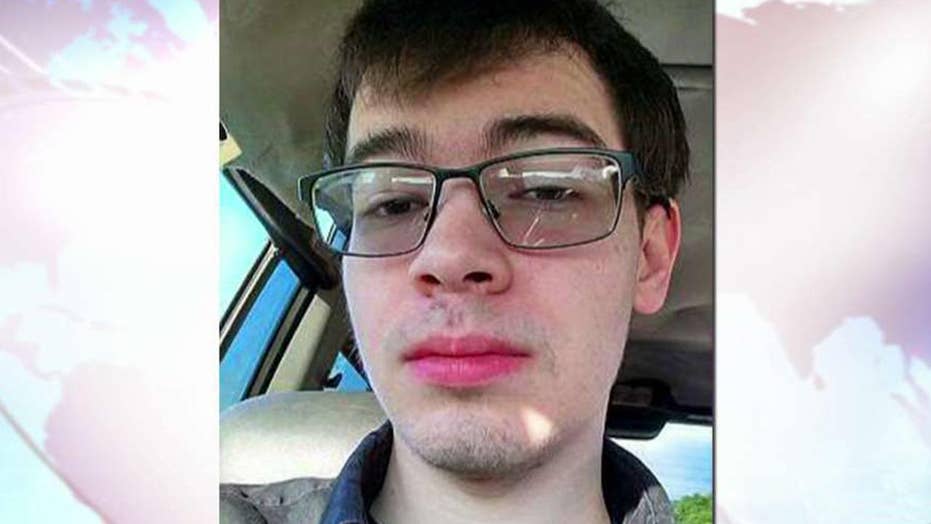 Police find body of man who admitted to murders on Facebook

A body found in a wooded area in Mississippi on Monday is believed to be the remains of a 23-year-old Tennessee man suspected of killing his mother and friend -- then detailing the murder in a twisted Facebook post.

Jasper County Sheriff Randy Johnson confirmed the body of Casey Lawhorn was found in Vossburg, Miss., the state’s department of public safety said in a news release. The body was located in a wooded area, about 100 yards from where Lawhorn’s vehicle was discovered abandoned on Interstate 59 in Jasper County. The vehicle was located Sunday evening.

“What I did is unforgivable. And prayer is a waste of time, nothing happens after death, but if there is a hell, I'm going to be in the lake of ice at the bottom,” read a post on a Facebook page purportedly belonging to Lawhorn. “However, as I sit here in Mississippi, writing this on the side of I-59 south after my car broke down, what I look forward to is the nothingness after death. I've spent a lot of time thinking about murder, wondering what it feels like. But I've barely felt anything."

Casey Lawhorn was wanted after he detailed on Facebook how he murdered his mother and friend. (Jasper County Sheriff's Department)

Police told ABC News that when they visited the home Sunday, they had to force their way inside -- where they found the bodies of Vi Lawhorn and Gaines, 22.

In the now-removed Facebook post, Lawhorn allegedly wrote that he shot and killed both adults "with a stolen .22 [long rifle]." The post described Gaines as a “close friend” and claimed Vi Lawhorn was drunk after spending a night at a sports bar.

"The whole event took probably 3 or 4 minutes,” the Facebook post reportedly said. “I had hoped both were going to be quick and efficient. I didn't want my mom to suffer, to die in horror, to die with the knowledge that her son did it (I didn't hurt our dog or cat, in case anyone was wondering about the animals)."

Mississippi's Jasper County Sheriff's Department said Sunday evening that Lawhorn's car was found abandoned on Interstate 59, but Lawhorn was not in the vehicle. The Dade County Sheriff's Office wrote earlier on Facebook that Lawhorn, after getting gas in Dade County around 5:30 a.m. Sunday, was believed to be driving south toward Georgia, but it appears he never made it there.

The alleged confessional was posted to Facebook around 5 p.m. Sunday and said the shooting happened at 1:30 a.m. that morning. East Ridge Police say they have not yet confirmed the authenticity of the post and the details in it.