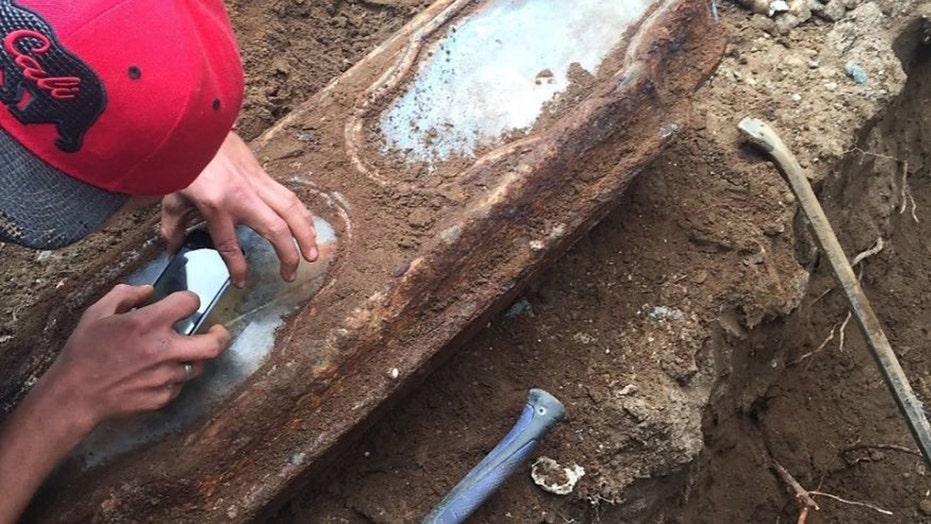 Amazing discovery is made underneath a home in San Francisco

The body of a young girl discovered last year inside a 19th-century metal casket under a San Francisco home was finally identified nearly 141 years after she died.

The girl’s remains were found by construction workers remodeling the home last May. The small casket was apparently left behind when about 30,000 people originally buried in the city’s Odd Fellows Cemetery were moved in the 1920s to Greenlawn Memorial Park in Colma.

The casket was made of metal, 37 inches long, with two viewing windows in the lid. It was tightly sealed, which helped preserve the girl’s remains.

Researchers quickly began the process of trying to identify the remains – almost to no avail.

Elissa Davey, a genealogist and founder of the Garden of Innocence Project which organized a reburial in Colma last year, said they caught a break in the quest to identify the girl when they found a map of the old cemetery at a University of California, Berkeley library.

They were able to match it to a plot where her parents, Horatio Cook and Edith Scooffy, were once buried.

Once they had the family name, researchers looked for living descendants, one of whom volunteered his DNA for testing.

Marin County resident Peter Cook — Edith's grandnephew — was a match for DNA taken from strands of her hair.

He said in a statement that he was "beaming ear to ear upon hearing he is the grandnephew of little Edith Cook."

UC Davis Professor Jelmer Eerkens, who helped with the DNA testing, told KTVU that Edith died of marasmus, which is severe undernourishment.

"It's likely she was sick with some disease and at some point her immune system couldn't combat the disease and probably went into coma and passed away," he said.

The current owners of the home, Elissa Davey, told KTVU that they could often here the little girl left behind.

"They put two girls to bed and put they'd hear running feet upstairs - they'd go 'who is out of bed and the girls are sound asleep,'" said Davey.

The girl's well-off family gave her an ornate burial. She was clothed in a white christening dress and ankle-high boots. Tiny purple flowers were woven into her hair and she held a purple Nightshade flower in her right hand.

Roses, eucalyptus leaves and baby's breath were placed inside the coffin, according to the Garden of Innocence report.

Edith's father was a businessman, the report said. Her maternal grandfather was an original member of the Society of California Pioneers, which is an organization founded by California residents who arrived before 1850.

Davey said a headstone will replace the one put in during re-burial last year that had "Miranda Eve" etched into it. It will say Edith Howard Cook with her birthday, death date and a verse from Amazing Grace, "I was once lost but now I've been found."

The funeral will be held for Edith on June 10th.