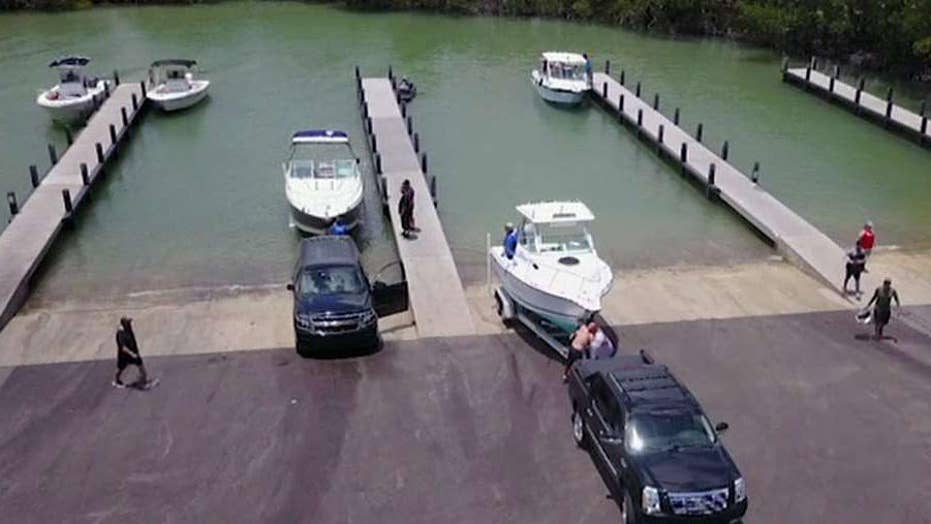 Advocates call for state and local funding to fix crumbling boat ramps and other infrastructure.

More boats are setting sail in America than ever before, but the ramps needed to get the vessels in the water are in short supply or in need of dire repair.

And nothing’s more useless than a boat on land.

“I have lots of customers, over the years, thousands of them, and they have to get up 4 a.m., 5 a.m. to try to beat the big lines if they want to go on a Saturday or a Sunday -- heaven forbid [they] want to go Memorial Day or Labor Day weekend,” Scott Deal, president of Maverick Boats, says of the long lines his South Florida customers face waiting for the few ramps available to get their boats in the ocean.

Deal adds that once Florida boaters – who compete for the state’s 1,350 miles of coastline -- get to the ramp, their troubles may just be beginning: “The boating industry is a big industry in Florida and customers can't get to the water because the ramps are falling apart.”

“The boating industry is a big industry in Florida and customers can't get to the water because the ramps are falling apart.”

Deal isn’t the only one who’d like to see improvement. Across the nation, boaters feel the crunch. In 1980, there were 8 million recreational boats registered in the U.S., while today the number has risen 50 percent to 12 million. At the same time, experts claim very little has been invested in boating infrastructure.

Spud Woodward, former director of the Coastal Resources Division in Georgia, calls it a tragedy waiting to happen. “If the boat ramp isn't well maintained, you’ve got the danger of actually launching and recovering boats and having something catastrophic happen. And first responders cannot get to people in danger in a timely manner.”

There are, in fact, more than 50,000 boat ramps across the U.S., and Woodward worries that too many are overcrowded or not working properly. The biggest problem is with those on the ocean. “You’ve got the corrosiveness of the salt air and water, you've got the erosion caused by rising and falling of tide,” notes Woodward. “So we sort of laughingly say that there's no such thing as a permanent boat ramp along the coast.”

“If the boat ramp isn't well maintained, you’ve got the danger of actually launching and recovering boats and having something catastrophic happen."

Advocates are calling for tens of millions of dollars in state and local investment to build new ramps and fix old ones. Until that happens, people may have to go boating at their own risk. Ultimately, though, if people can’t use their boats, they’re going to stop buying them.