The founder of Black Lives Matter Utah disavowed left-wing activist John Sullivan, who was arrested in connection with the Jan. 6 Capitol riot in Washington, describing him as a reckless agitator who was "blackballed" due to his behavior.

"We do not want to be associated with John Sullivan," Lex Scott, the founder, told Fox News on Friday.

Sullivan founded his own organization, Insurgence USA, and never joined the local BLM chapter, attended a meeting, or took part in its mission to lobby for racial justice and police reform, she said.

"He seems like he's kind of a loose cannon," she said. "So we've just been distancing ourselves from him -- but he's like this thorn in my side that won't go away."

"He seems like he's kind of a loose cannon. So we've just been distancing ourselves from him -- but he's like this thorn in my side that won't go away."

Both Scott and Sullivan say his involvement in protests began in June 2020, when he said he founded Insurgence USA to oppose police brutality following the May 25 death of George Floyd while in police custody in Minneapolis. (Four former police officers charged in Floyd's death are awaiting trial.)

Video of Floyd's arrest led to nationwide protests and the officers' firings – as well as the criminal charges.

LEFT-WING ACTIVIST INSIDE CAPITOL CLAIMS HE WAS 'DOCUMENTING' RIOTS, ONCE SAID 'BURN IT ALL DOWN'

"John is a new activist," Scott said. "He got here in June, because a lot of bandwagon trendy people came in."

But Sullivan never joined or participated in Black Lives Matter Utah, which has been peacefully pushing for reforms for seven years, without ever having a member arrested, she said.

"In our chapter, we work with Republicans and Democrats for police reforms," she said, noting that she’d appeared on Fox News in July to speak about the issue with U.S. Sen. Mike Lee, R-Utah, a member of the Senate Judiciary Committee. 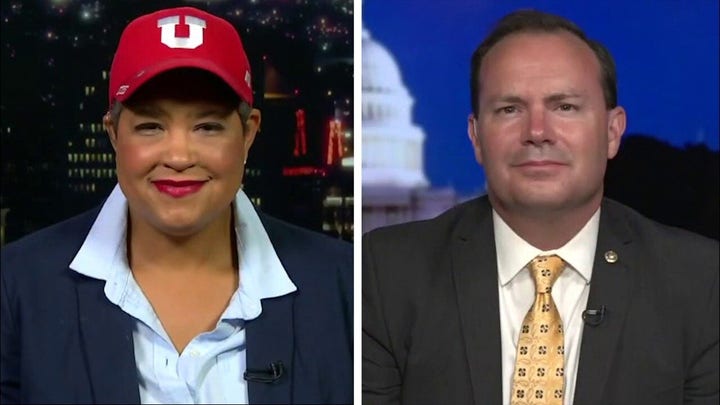 Black Lives Matter organizations around the country have different structures and are not directly related, Scott explained over the phone Friday. She said her group requires members to sign a contract promising not to take part in inciting violence or property destruction.

Yet almost immediately upon declaring himself an activist, Sullivan organized a protest where he was arrested on rioting charges and a motorist was shot after trying to navigate a blocked intersection. Those charges are still pending in a Utah court.

Sullivan, on his personal website and the website for Insurgence USA, describes himself as an activist for "racial justice and police reform." On his websites and social media accounts, he has shared articles where he is described as a Black Lives Matter activist. In an interview last week with Fox News, he did not reject the label.

And speaking with other outlets recently, he has also invoked the phrase.

"I was worried about people recognizing me and thinking that I was Antifa or, like, BLM or whatever," he told Rolling Stone magazine in an interview about his experience inside the Capitol riot. "The entire time they’re yelling, ‘F— Antifa! F—, BLM.’ I’m not saying I’m Antifa, by any means. But I definitely believe Black Lives Matter."

But Scott said other social justice groups also cut ties with Sullivan due to his behavior.

"He needs to stop pretending he is part of this movement here," she said. "We don’t want to be associated with him if he’s out there storming the Capitol. I don’t know what this man is doing -- I don’t want any part of it."

Attempts to reach Sullivan, who was released from custody to house arrest by a federal judge in Utah on Friday, were not immediately successful.