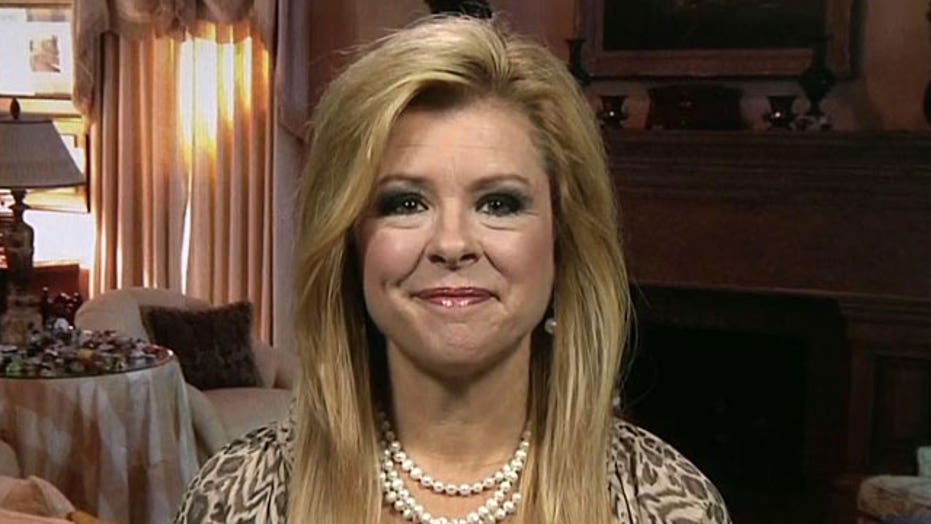 'Blind Side' mom has message for America's orphans

Leigh Anne Tuohy, the woman who was portrayed in the 2009 movie "The Blind Side," about a homeless boy who was raised by her family, said the Florida teen who appealed to a church for a family to adopt him should inspire other orphans to grab life by "the bootstraps" and get a family.

"No one is going to do it for you," Tuohy told FoxNews.com. "You have to make it happen. Go out there and be determined to get a family."

Tuohy was played by Sandra Bullock in the movie based on author Michael Lewis' book. The book depicted Tuohy and her husband's experience as Michael Oher's adoptive family. Oher came from a broken home and was raised by Tuohy when he was a teenager. He became a top football prospect, signed with Ole Miss and was drafted first round by the Baltimore Ravens. The team won the Super Bowl last year.

"We didn't make Oher become the wonderful person that he did," she said. "All we did was help him reach that point."

There are clear parallels to Oher's story and Davion Navar Henry Only's. Two weeks ago, Only made an appeal to the St. Mark Missionary Baptist Church in St. Petersburg for a family to adopt him.

"I'll take anyone," he said, according to The Tampa Bay Times . "Old or young, dad or mom, black, white, purple. I don't care. And I would be really appreciative. The best I could be."

Like Oher at the time, Only is a teenager, which is statistically beyond the prime adoption age. Only also has aspirations to play football.

Tuohy bounces around the country advocating for adoption agencies. Her cellphone has been bombarded with hundreds of messages about Only's story seeking ways to adopt him.

"Only is someone who was determined and he will have a happy ending," she said. "There are so many children that won't be as lucky."

She said she is asking anyone who contacted her about Only to adopt another child. But she said, as a country, the tendency is to look to one story and then when Only is adopted, there will be a comforting sense of satisfaction and other children are forgotten. Tuohy pointed to the church where Only spoke.

"It boggles my mind that no one at church stepped up and said: 'I'll take you in,'" she said. "If you wait for perfect timing, it's not going to happen."

Reports said two couples from the church inquired about Only, but none came forward to adopt him. Cynthia Coney, the secretary at the church, reported that the church has been inundated with phone calls after news of the teen's appeal.

Only’s adoption agency told Fox News that it is responding to letters inquiring about Only.

"The key is not to give up," Tuohy said. "You have to keep grinding and grinding in life. No one is going to hand you anything."