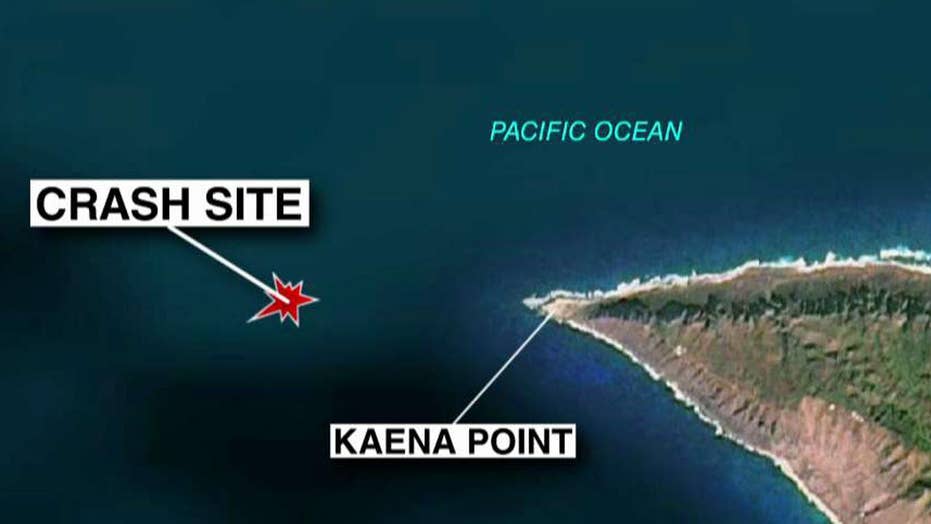 U.S. Coast Guard and military crews are searching for five crew members in the ocean off the coast of Hawaii after the Army Black Hawk helicopter they were flying on crashed in the ocean late Tuesday.

The Coast Guard said it received a call around 10:08 p.m. from personnel at Wheeler Army Airfield saying the base lost communications with one of its UH-60 Black Hawk aircrews.

Capt. David Jenkins said crewmembers from the Honolulu Fire Department found parts of a fuselage and a helmet on a debris field, which officials spotted around 11:30 p.m. Tuesday near Kaena Point off the island of Oahu.

A Coast Guard plane, several boats and a shore patrol with the Honolulu Fire Department are searching for the five crew members.

Two Black Hawk aircrews were reportedly conducting training exercises between Kaena Point and Dillingham Airfield around the time communications were lost, according to the Coast Guard.

It's not clear what may have caused the crash, but the Coast Guard said the weather on scene currently has 11 mph winds and 2-foot seas.

The search began immediately after one aircrew lost visual and video contact with the other helicopter, Kellogg said.

The two helicopters are elements of the 25th Combat Aviation Brigade.

The UH-60 Black Hawk is a four-bladed, twin-engine utility helicopter manufactured for the Army by Sikorsky Aircraft starting in the 1970s.

More than 3,000 Black Hawk aircraft are in service around the world, according to Sikorsky's parent company Lockheed Martin. The U.S. Army owns 2,300 of them.

Kaena Point is northwest of Honolulu.