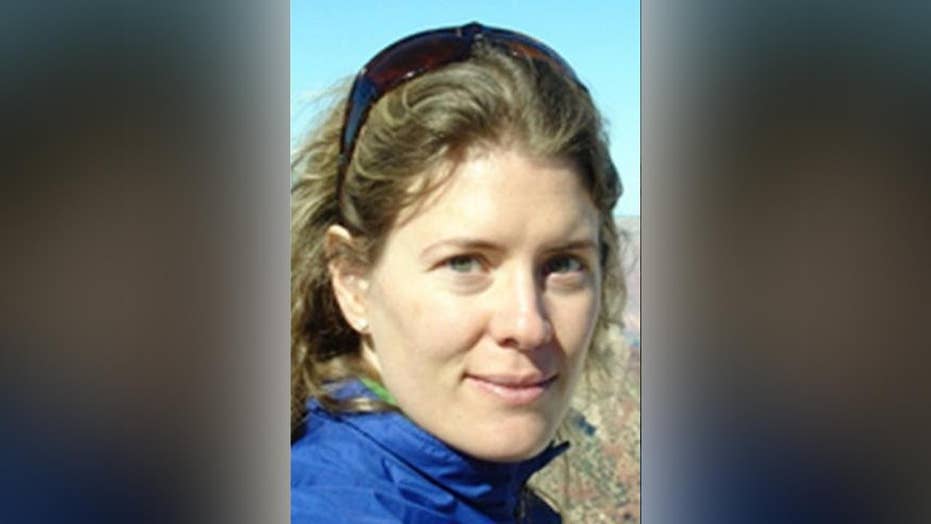 A female teacher at an elite Los Angeles private school has been accused of having sex with a 16-year-old student, it was learned Sunday.

She was charged with statutory rape -- unlawful sexual intercourse with a minor, Im said.

The alleged victim is a 16-year-old student at the Brentwood School, The Los Angeles Times reported Sunday.

Aimee Palmitessa, 45, has been accused of having sex with a 16-year-old student at the elite Brentwood School in Los Angeles. (Journal of Biological Chemistry)

Palmitessa teaches biology at the private school, one of LA’s most expensive schools, the paper reported. She has a Ph.D. in biochemistry and molecular biology and previously taught at Penn State Abington.

Palmitessa is being held in lieu of $230,000 bail, according to the website of the LA Sheriff’s Office.

Brentwood School officials were shocked and distressed over news of the arrest, the head of the school Mike Riera said.

“On Friday afternoon, the Los Angeles Police Department informed Brentwood School that Upper School teacher had been arrested on suspicion of inappropriate relations with a student and is expected to face charges,” Riera said in a statement posted on the school’s website Sunday afternoon.

“The LAPD did not share additional information with us, such as the nature of the inappropriate relationship or the identity of the minor student,” he said.

“As always, our primary concern is the safety, health and well-being of our students,” Riera said. “To that end, we will do everything we can to cooperate with the official police investigation.”

The Daily Mail reported trying to contact Palmitessa. The paper reported speaking to the woman’s partner, Vicente Bruzzese, who said “I know nothing about this. I have no comment.”

The school is located in one of LA’s ritziest neighborhoods, the paper reported.

Students include the son of Harrison Ford and Calista Flockhart and Reese Witherspoon's daughter Ava, 17, according to the Daily Mail, which first reported Palmitessa’s arrest.