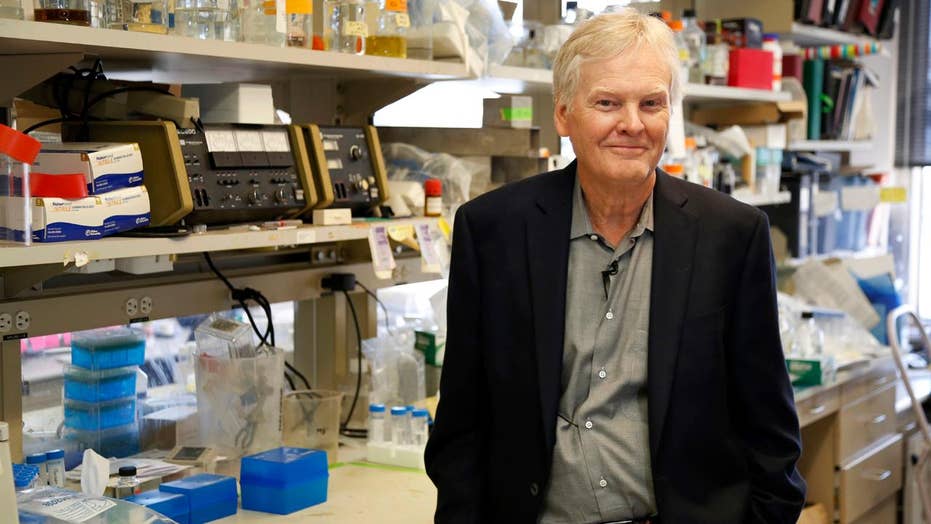 US scientists win Nobel Prize for study on biological clocks

Three American scientists won the 2017 Nobel Prize for unravelling the mysteries of our circadian rhythms-- the biological clocks that control how humans, animals and plants behave throughout the day and night.

Three Americans won the Nobel Prize in Physiology or Medicine on Monday for their discoveries about the body's biological clock, opening up whole new fields of research and raising awareness about the importance of getting enough sleep.

Jeffrey C. Hall, Michael Rosbash and Michael W. Young won the 9-million-kronor ($1.1 million) prize for their work on finding genetic mechanisms behind circadian rhythms, which adapt the workings of the body to different phases of the day, influencing sleep, behavior, hormone levels, body temperature and metabolism.

They "were able to peek inside our biological clock and elucidate its inner workings," the Nobel citation said.

"Circadian dysfunction has been linked to sleep disorders, as well as depression, bipolar disorder, cognitive function, memory formation and some neurological diseases," according to a Nobel background report.

Michael Rosbash smiles during an interview at his home, Oct. 2, 2017. He's one of the Americans awarded this year's Nobel Prize in physiology or medicine. (AP)

The awardees' work stems back to 1984, when Rosbash and Hall, both at Brandeis, along with Young isolated the "period gene" in fruit flies. Hall and Rosbash found that a protein encoded by the gene accumulated during the night and degraded during daytime. A decade later, Young discovered another "clock gene."

"I am very pleased for the fruit fly," Rosbash, a 73-year-old professor at Brandeis University, told The Associated Press. He said he got the call about the award just after 5 a.m.

"When the landline rings at that hour, normally it is because someone died," he said. "I'm still a little overwhelmed."

But he added "I stand on the shoulders of giants. This is a very humbling award."

Young is at Rockefeller University; Hall formerly was a visiting professor at the University of Maine but said his prize work was done at Brandeis.

Hall, 72, wryly noted that he was already awake when the call about the prize came around 5 a.m. because of age-related changes in his own circadian rhythms.

"I said 'Is this a prank'?" he told the AP by telephone from Cambridge, Maine.

The winners have raised "awareness of the importance of a proper sleep hygiene" said Juleen Zierath of the Nobel Assembly at the Karolinska Institute, which chooses the laureates. Carlos Ibanez, another assembly member, said the research was important in understanding how humans adapt to shiftwork.

Michael Hastings, a scientist at the U.K. Medical Research Council, said the discoveries had opened up a whole new field of study for biology and medicine.

"Until then, the body clock was viewed as a sort of black box," Hastings told the AP. "We knew nothing about its operation. But what they did was get the genes that made the body clock, and once you've got the genes, you can take the field wherever you want to."

"It's a field that has exploded massively, propelled by the discoveries by these guys," he told the AP.

Hall said scientists have known about circadian rhythms since the 1700s but the research team looked at the mechanics and underpinnings of how it works. He said understanding that can give researchers a chance to address the circadian rhythm disorders that contribute to sleep problems.

Young said their research had disclosed "a beautiful mechanism" for how genes controlled body clocks.

Asked at a New York news conference about possible medical breakthroughs from the work, Young said "we're just starting with this." But he noted that a genetic mutation had been found in some people who have chronic trouble getting to sleep at night.

"Our wellbeing is affected when there is a temporary mismatch between our external environment and this internal biological clock, for example when we travel across several time zones and experience 'jet lag,'" the Nobel statement said, explaining the research. "There are also indications that chronic misalignment between our lifestyle and the rhythm dictated by our inner time keeper is associated with increased risk for various diseases."

That misalignment may be associated with diseases including cancer and degenerative neurological conditions.

"If you understand how the normal process works, that gives you a chance, not an inevitability, but a chance to influence the internal workings of the clock and possibly to improve a patient's wellbeing," Hall said.

"I think most of its practical applications lie ahead," said Rosbash.