Democratic voter on why he is 'furious' with Biden

A Joe Biden voter explained why he became "disgusted" with the president's administration and raised concerns about the direction the Democratic Party is headed.

Carter listed critical race theory and the Afghanistan withdrawal as key issues he has with Biden. He also faulted the president's COVID-19 policies and his propagating of gender ideology issues, especially among school-age children, by the administration.

Carter has voted Democrat in the past four presidential elections and has actively supported Democratic candidates and policies for over 16 years.

During the 2020 election, Carter did not support the Trump administration but was also concerned about how far-left candidates like Sens. Bernie Sanders and Elizabeth Warren would govern. He said he voted for Biden thinking he was the "safest choice."

"I donated to Biden ... I supported Kamala Harris from day one ... I even starred in Biden's victory video ‘America the Beautiful,’" Carter said, referring to a post-election video on Biden’s YouTube page.

"I did more than I've ever done in my entire life for any candidate whatsoever, and I'm disgusted," the 39-year-old Brooklynite said.

Biden’s low approval rating has declined in recent weeks. A recent Gallup poll showed Biden at 40% approval, his lowest to date and down from 43% in December.

"I don't like the idea of kids – Black kids, White kids, whatever – separated by race and then made to feel like one group is oppressed and the other group is not," he continued.

On Afghanistan, Carter said, "I’m not upset that we left, I’m upset about how we left."

He said Biden didn't do enough to secure U.S. property, troops and its allies.

"I don't like where we are now with COVID," Carter told Fox News. He said the Biden administration did a good job with vaccine distribution initially but criticized the president for pushing additional restrictions and mandates he didn’t believe were consistent with scientific data. 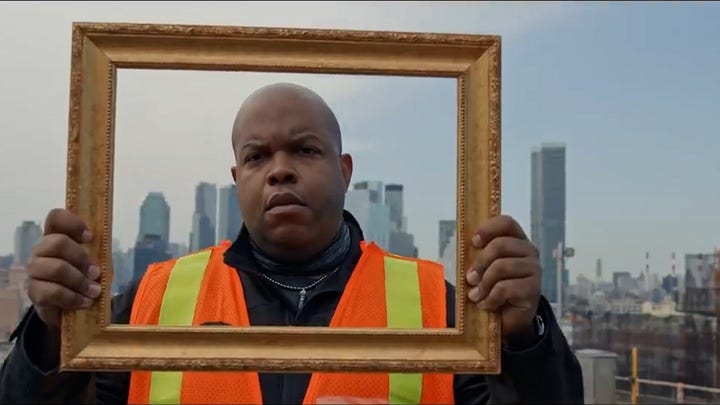 Finally, Carter said Biden’s use of Title VII and IX to promote progressives' gender identity agenda has harmed women’s rights and has negatively affected young children who are being subjected to gender ideology discussions in schools across the country.

His first day in office Biden signed an executive order expanding federal laws that prohibit sex discrimination to include discrimination based on sexual orientation and gender identity.

"If I had known Biden was this much of a genderist … there's no way I would have voted for that man," Carter said.

A self-proclaimed classical liberal, Carter said modern liberals have moved so far to the left that they have become unrecognizable.

"I don't recognize where we're at anymore. And I'm pissed about it," he said.

Carter has received significant backlash from people on the left for expressing his thoughts online. He criticized groupthink, which he said has overtaken the political left.

"Democrats, I need you to listen to me carefully," Carter said.

"The fact that I, a blue-collar Democratic worker, am speaking to Fox News, should scare you," he said.

"The fact that they're willing to talk to me and MSNBC and CNN are not, that is a problem," he continued. "That should tell you all how far we've fallen away from the common man."