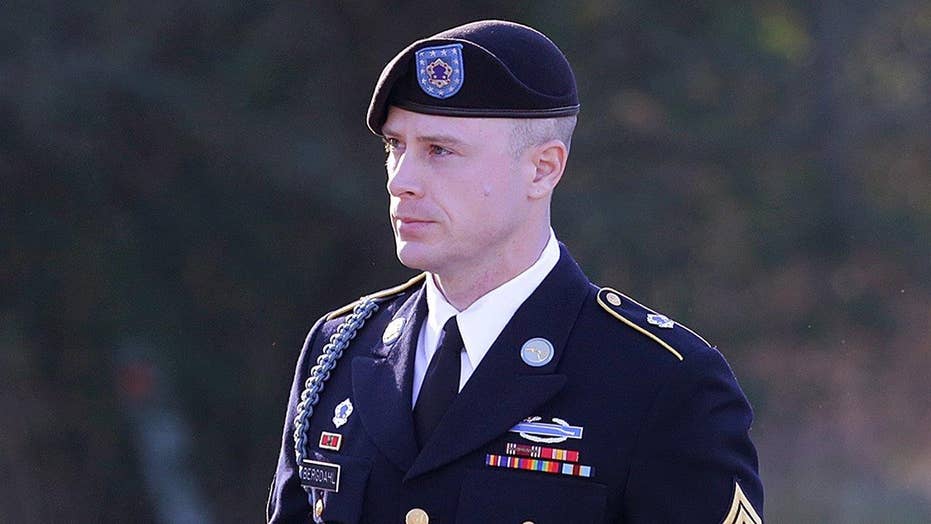 RALEIGH, N.C. – A military appeals court halted proceedings against U.S. Army Sgt. Bowe Bergdahl on Tuesday while it considers a dispute over how much leeway the defense should have in accessing classified information.

The order delaying the case against Bergdahl, who walked off an outpost in Afghanistan in 2009, was issued by the U.S. Army Court of Criminal Appeals. Prosecutors asked the appeals court to consider overturning a decision by the trial judge regarding thousands of pages of classified documents. The defense has argued that prosecutors want them to follow a cumbersome process of seeking classified information while it prepares for trial.

The issue had been debated for weeks in pretrial motions and emails between the sides. It wasn't clear how long the trial tentatively scheduled for this summer could be held up while the prosecution's appeal unfolds.

The judge overseeing Bergdahl's military trial, Col. Jeffery Nance, ordered prosecutors last week to turn over many of the classified documents they had gathered, subject to certain rules.

"All CI which the government may offer into evidence at trial will immediately be provided to the defense" within the specified constraints, he wrote in his Feb. 2 order, using an abbreviation for classified information.

The judge also disagreed with prosecutors' arguments that Bergdahl's attorneys needed an extra layer of approval when they did their own research from the officials who initially restricted a given document -- referred to as original classification authorities.

Within days, the prosecutors asked the appeals court to overturn the judge's decision, adding in their written appeal that "no session of the court should be held or rulings should be issued until conclusion of the appeal."

A defense attorney for Bergdahl, Eugene Fidell, issued a statement describing the timeline of events leading up to the appeal but declined further comment when reached by phone.

Bergdahl faces charges of desertion and misbehavior before the enemy, a relatively rare charge that carries a punishment of up to life in prison. He was held by the Taliban and its allies for five years after he left the base in Afghanistan.

Bergdahl, of Hailey, Idaho, walked off his post in eastern Afghanistan's Paktika province on June 30, 2009, and was released in late May 2014 as part of a prisoner swap, in exchange for five detainees in Guantanamo Bay. The move prompted harsh criticism, with some in Congress accusing President Barack Obama of jeopardizing the safety of the country.

He was arraigned in December but has yet to enter a plea.

Walter Huffman, a retired major general who served as the Army's top lawyer, said the appeals court should move swiftly to resolve the issue because of rules giving the matter priority, but the case could be delayed further if either side were to appeal again.

"It will be resolved as speedily as it can, but if it's appealed to another court the clock starts ticking again," he said.