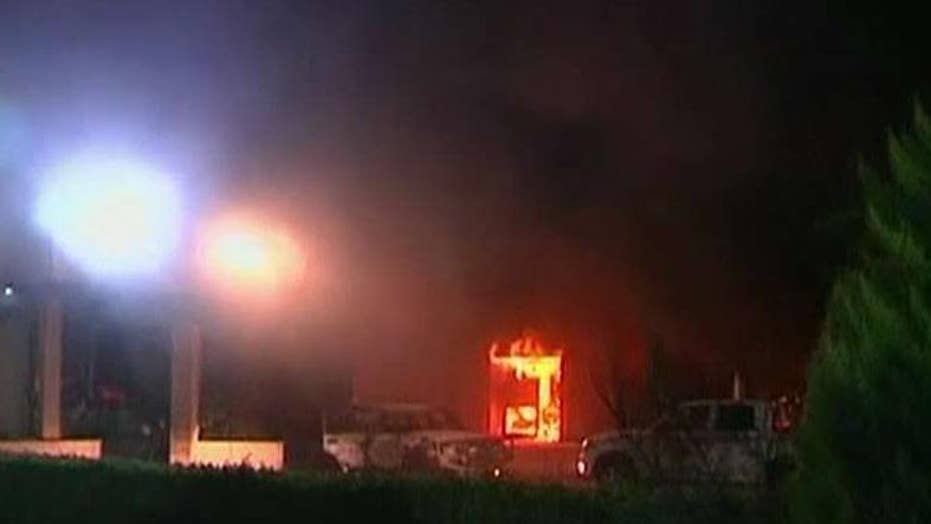 Why isn't the captured Benghazi militant going to Gitmo?

Benghazi attack suspect Mustafa Al-Imam pleaded not guilty Thursday morning to charges stemming from the Sept. 11, 2012 attack on the U.S. Special Mission and Annex in Libya, which resulted in the deaths of four Americans.

Al-Imam, a slight man with a salt-and-pepper beard, entered the courtroom for his arraignment wearing an orange jumpsuit with matching slippers. He entered the plea through his attorney, Matthew Peed.

Al-Imam has been indicted on one count of conspiracy to provide material support and resources to terrorists resulting in death. Ambassador J. Christopher Stevens, diplomat Sean Smith and former Navy SEALs Tyrone Woods and Glen Doherty.

During the subsequent detention hearing Peed argued the evidence against Al-Imam is "not nearly as serious as the government is claiming."

Peed said evidence is limited to video showing Al-Imam leaving the U.S. facility in Benghazi with some equipment around midnight. Al-Imam's attorney said the government claims the equipment was used later during the attack on the annex, but Peed said Al-Imam knew nothing about that and had nothing to do with the planning of either attack.

Peed argued Al-Imam should be allowed to stay in a halfway house with GPS monitoring since he's not a flight risk or a possible harm to the community because he is not in good physical condition.

"He has arthritis, moves slow and is very thin," Peed said.

The government countered Al-Imam has associations with key conspirators connected to the crime and has violent proclivities and contacts.

A date hasn't been set for a status hearing.