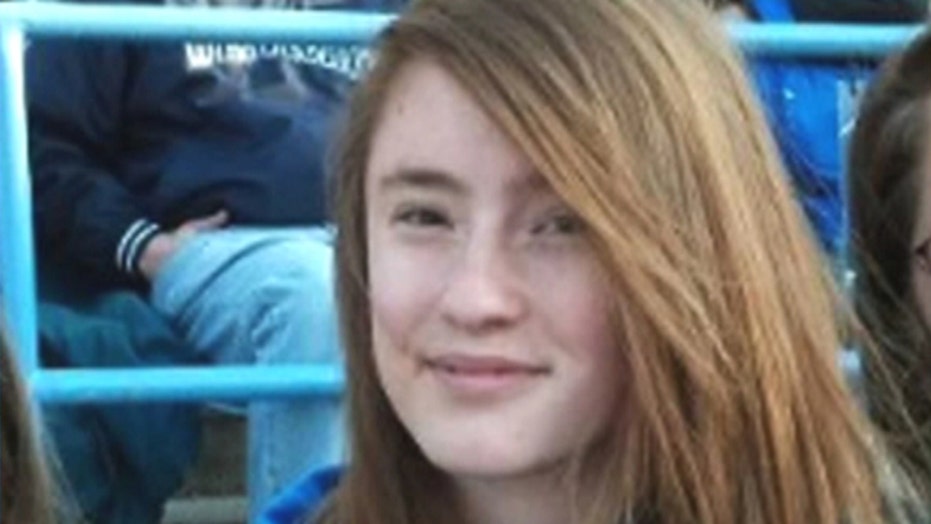 Conservation officers shot and killed a black bear in northern Michigan and plan to conduct tests on the animal to determine whether it's the one that mauled a 12-year-old as she jogged on her grandfather's property.

The Detroit Free Press reported that the bear was killed over the weekend. But the girl's grandfather doesn't believe the animal killed by the Michigan Department of Natural Resources was responsible for the attack, according to the newspaper.

"It was a real large bear," Dave Wetherell, 66, told the newspaper Sunday. "But I don't believe it was the same bear. This one here was between 400-500 pounds, the one they killed last night. They feel like the one who attacked Abby was 150 pounds."

Abby Wetherell, 12, headed toward home from an evening jog on her grandfather's woodsy property in northern Michigan last week when a terrifying sight caught her eye: a black bear was chasing her.

The bear knocked the girl down twice and lashed one of her thighs with its powerful paws as she screamed for help, then coolly played dead. Her father and a neighbor scared the animal away, and Abby was flown to a hospital, where she was doing well after surgery.

"We're very proud of the way she handled herself," Wetherell told The Associated Press at the time. "She's kind of amazed us."

The Michigan Department of Natural Resources set traps in the area of the Thursday night attack in Wexford County's Haring Township, just north of Cadillac, and asked the public to be on the lookout. The county has a well-established bear population, but the animals generally avoid humans, DNR wildlife biologist Adam Bump said.

The agency gets occasional reports of females challenging people who get too close to their cubs, he said. But in those cases, the sow usually snaps at the person once or twice and leaves. The bear that went after Abby apparently wasn't protecting cubs, which made the attack highly unusual.

The bear killed early Sunday will be tested for rabies and other communicable diseases, the Detroit Free Press reported.

Wetherell said he owns about 180 acres with a hunting cabin and a two-track dirt road where Abby often runs. The seventh-grader at Cadillac Junior High School lives nearby with her parents and sister.

Around 9 p.m. on Thursday, she noticed the bear out of the corner of her eye on an intersecting two-track. She picked up speed, and the bear pursued and caught her.

"He mauled her pretty bad," Wetherell said. "She fought and got away. He continued after her and knocked her down again. According to Abby, at this point she just laid there and played dead."

A neighbor heard the girl's cries and yelled for Abby's dad, Chris Wetherell, who was in the area. Together, they chased the bear into the woods.

Abby was taken by helicopter to Munson Medical Center in Traverse City, where more than two hours of surgery were needed to treat deep scratches on her leg. "She's in good shape," her grandfather said.

Despite the fright, the spunky girl said she'd continue visiting the property and was more concerned about missing a soccer game this weekend, David Wetherell said.

"She didn't want to let the team down," he said.

Michigan's black bear population is estimated at 8,000 to 10,000, but about 90 percent are in the Upper Peninsula, the DNR said. Wexford County is in the northwestern Lower Peninsula. Bears have been ranging farther south in recent years as growth of forested areas has provided more habitat and travel corridors, Bump said.

People who venture into likely bear territory should carry pepper spray, travel in small groups and make noise to avoid startling them, the DNR said.

"If you encounter a bear, stand your ground and then slowly back away," the agency said in a news release. "Do not turn away."

It advised people not to show fear, run or play dead, but instead to make themselves look as big as possible and talk to the animal in a stern voice. "Fight back if actually attacked with a backpack, stick or bare hands."