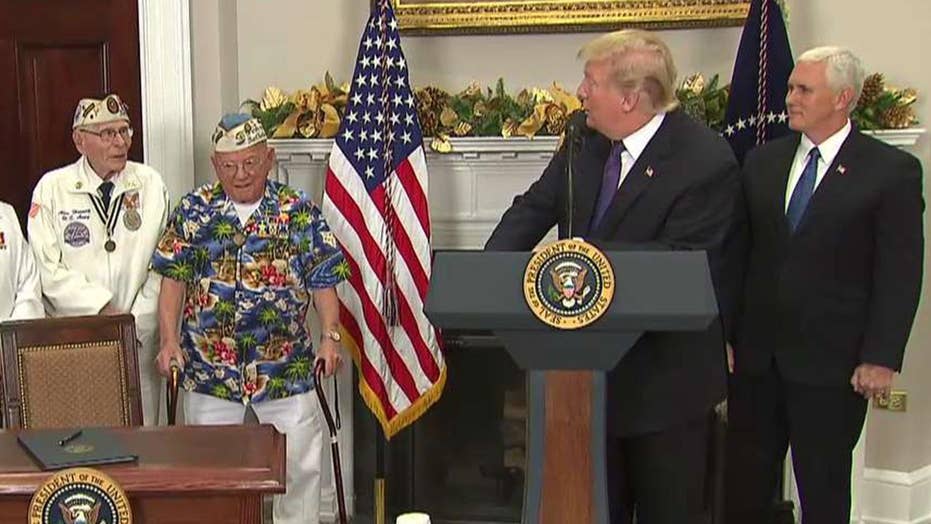 Every year on the evening of Dec. 7, a small group gathers at Mt. Diablo in Northern California to commemorate the anniversary of the attack on Pearl Harbor by relighting the flame on top of the mountain.

The attendees congregate to honor those who lost their lives in 1941 when the Japanese Navy attacked a U.S. naval base in Hawaii. On the night of Dec. 7, 1941, the Eye of Mt. Diabl’ went dark as the West Coast prepared for the possibility of another strike.

The beacon remained unlighted for 23 years until on the evening of December 7, 1964, Chester Nimitz, commander in chief of the Pacific Forces during World War II, relighted the flame atop Mount Diablo.

The tradition has been going on for 53 years at the request of Nimitz. The beacon on top of the mountain remains dark every other night of the year.

On Thursday, attendees honored the remaining survivors of Pearl Harbor who are still living in Contra Cosa County – about 90 minutes east of San Francisco, the San Francisco Chronicle reported.

The beacon, was first ignited by the pilot Charles Lindbergh in 1928 as an aid to aviation in the region.