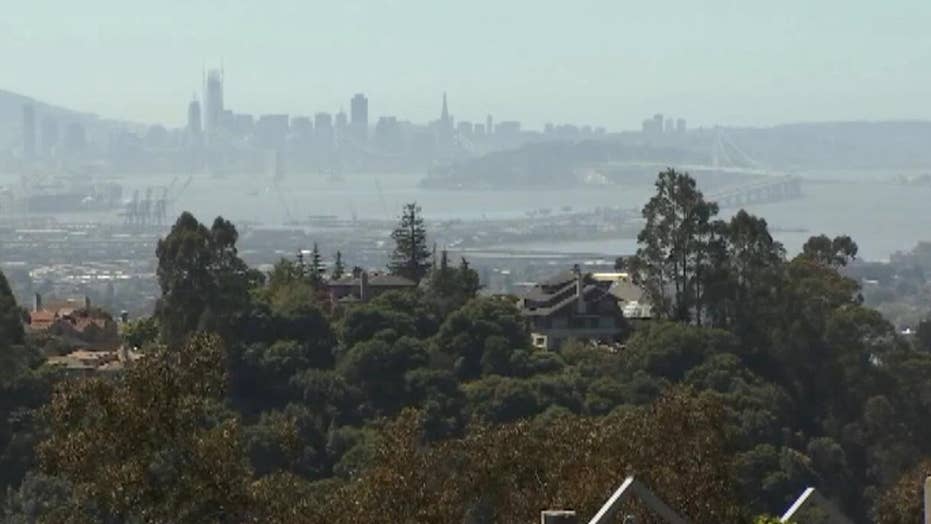 Is high cost of living forcing a Bay Area exodus?

Report shows that nearly half of Bay Area voters are ready to leave in the next few years.

A whopping 46 percent of California Bay Area residents fed up with the region’s high cost of living and soaring home prices are planning to pack their bags and move out in the next few years, a poll has found.

The poll, conducted by the Bay Area Council, which describes itself as a business-sponsored, public policy advocacy organization, also found that homelessness and heavy traffic are among the things that most irk residents who live there.

“This is the trend we’ve been observing. Two years ago, it was 34 percent and last year it was 40,” the group’s president, Jim Wunderman, told KTVU about the increasing amount of those polled indicating that they want to get out.

The majority of the 1,000 polled said they have lived in the region for more than 20 years and increasingly believe that life in the Bay Area is heading in the wrong direction, despite mixed feelings about its economy.

Those who responded to the poll say homelessness, shown here in San Francisco, is one of the main problems facing the Bay Area today, although they did not cite it as a major reason for them wanting to move out (KTVU)

Forty-five percent of those who say they are planning to leave cited cost of living as the driving factor, while 27 percent said housing and rent costs are becoming too much to bear.

Sixteen percent of that group said they plan to move somewhere else in California, while Texas, Oregon, Nevada and Arizona topped the most sought-after states outside of California for relocation.

“On the downside of it is all the people who need to be here to provide all the services are being priced out,” Wunderman said to KTVU. “We’re seeing teachers, government workers, firefighters, police officers actually not able to live in the communities.”

The skyline of Oakland, Calif. as seen in this Reuters file photo. The majority of the 1,000 polled by the Bay Area Council, said they have lived in the region for more than 20 years and increasingly believe that life is heading in the wrong direction. (REUTERS/Stephen Lam)

Ron and Elizabeth Haines, who have lived in the city of Pleasanton, say they are moving to Idaho this summer and are among the residents who believe living in the Bay Area is getting too expensive.

“We are excited,” Elizabeth Haines told the station. “I have tons of friends and family here. It’s going to be hard, but I have a feeling we’re going to have lots of visitors.”

Other residents who spoke to local media lamented home prices.

"You kill yourself trying to pay for the housing and then you leave because it's just ridiculous, right? So I mean, it sounds about right," Ben Imadal of San Francisco told KGO-TV.

Jack Hickox, also of San Francisco, said “almost all of my daughter's friends and their parents have left.

"We're making it work for now. Cross my fingers, but it's hard," he told the station.