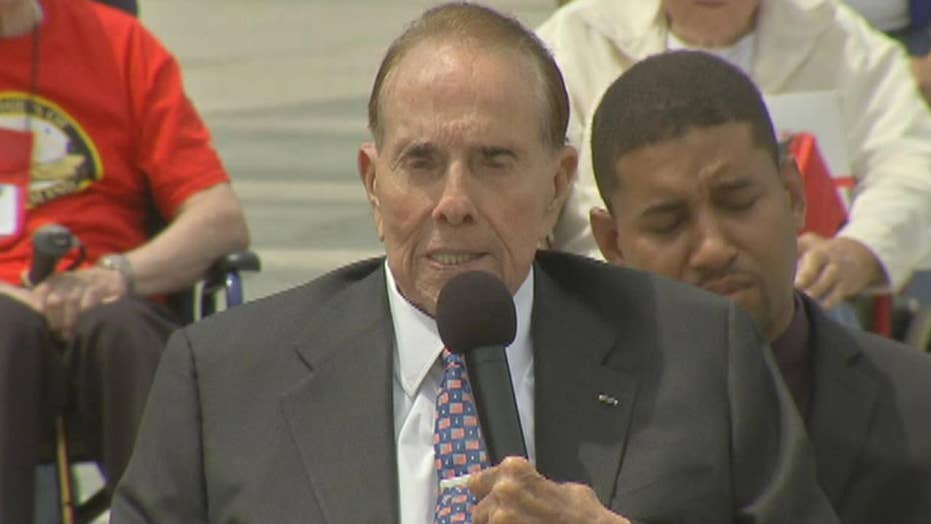 Former senator marks the 75th anniversary of Battle of Midway

Six survivors of the Battle of Midway attended a ceremony in Washington Saturday to mark the 75th anniversary of the pivotal World War II battle.

“The Battle of Midway was the turning point in the war in the Pacific,” attendees were told during the commemoration at the National World War II Memorial.

Dole said one of the heroes at the Battle of the Midway was like him from Kansas. The battle took place June 4 to 7, 1942.

“He served his country and died serving his country, but I don’t know how many planes he destroyed that day on decks of Japanese ships,” he said in an apparent reference to Navy dive bomber Norman “Dusty” Kleiss.

“But there were many heroes and some are here with us today,” he said.

Navy code breakers knew of the plans and the U.S. Pacific Fleet surprised the Japanese forces.

Three hundred Americans died in the Battle of Midway. The Japanese casualties numbered 3,000.