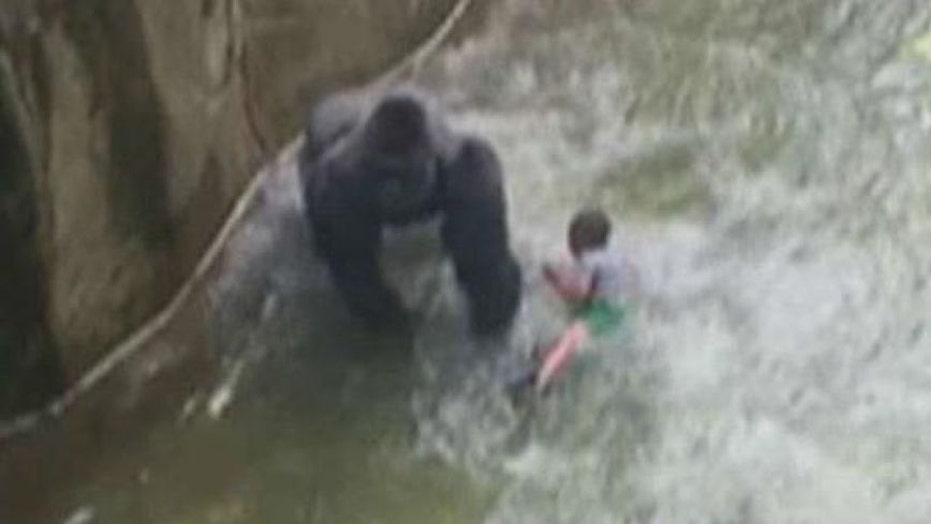 Cincinnati Zoo gorilla death: Who is to blame?

The Cincinnati Zoo's barrier to keep visitors and gorillas separate did not meet federal standards the day a 3-year-old boy fell into the exhibit, a USDA inspection report shows.

The May 28 incident ended with the zoo's animal response team shooting and killing a 17-year-old gorilla named Harambe.

The U.S. Department of Agriculture posted the report online earlier this week. It shows the zoo followed proper procedures after visitors called 911 to report a toddler in the gorilla enclosure. However, the barrier was not in compliance because it didn't effectively restrict contact between humans and primates, the report states.

"The barrier had been in existence since 1978 with no updates, and while there had not been any issues prior to the May 28th incident, it became apparent on May 28th that the barrier was no longer effective," read a statement from a U.S. Department of Agriculture spokesperson Tanya Espinosa.

The incident made national headlines and the zoo improved the barrier several weeks after Harambe's death. It is now 42 inches tall and covered in nylon mesh, instead of two cables.

An investigation into the Cincinnati Zoo remains open, according to Espinosa.

Zoo officials say the barrier was in compliance with the USDA's Animal Welfare Act in inspections prior to the incident.

“We remain committed to visitor and animal safety and will continue to work with the USDA and the Association of Zoos and Aquariums (AZA) to ensure that our exhibits meet or exceed standards,” said Cincinnati Zoo Director Thane Maynard.