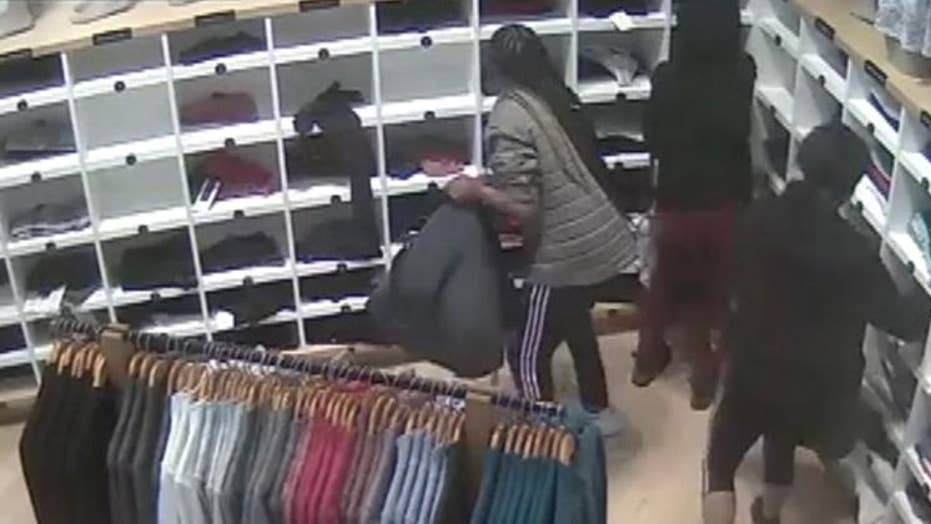 Women steal over $10,000-worth of Lululemon leggings

Cops are hunting a band of female thieves caught on video robbing a pair of Lululemon yoga stores -- part of a troubling Bay Area trend that's seen one location hit by thieves four times this month.

Surveillance video from July 20 captured a group of women walking into the shop that sells yoga apparel for men and women in Berkeley, Calif., KPIX reported. The women were captured grabbing merchandise and stuffing it in bags before fleeing. Lululemon yoga pants sell for about $100-$150 a pair.

"They walked in with bags and they proceeded to go to the shelves and started putting several pair of pants into their bags and then they walked out of the store," Officer Byron White, of the Berkeley Police Department, told ABC News.

White believed the “crimes were committed within a minute.”

"The majorities of these crimes are happening in about one minute," he said. "They were walking in with bags already in hands and they just grab a bunch of stuff off the shelf and then they walked out.”

More than a dozen Lululemon stores have been targeted in the Bay Area in a similar fashion but the Berkeley store has been the unluckiest, KPIX reported. ABC 7 News reported the robbers have swiped more than $50,000-worth of items from the Berkeley store.

On July 22, a group of female thieves entered a Fresno store and stole more than $17,000-worth of merchandise. The Fresno Police Department released footage of the incident.

White said the crimes appeared similar with the burglars taking bags in the store in the middle of the day.

"They bring their own bags, and they just loaded up everything they could fit into their bags and they walked out," he said.

He said it was not immediately clear if the thefts were related.

"We can’t say that all of these cases are related, but we do know that the majority of them are related," White said.