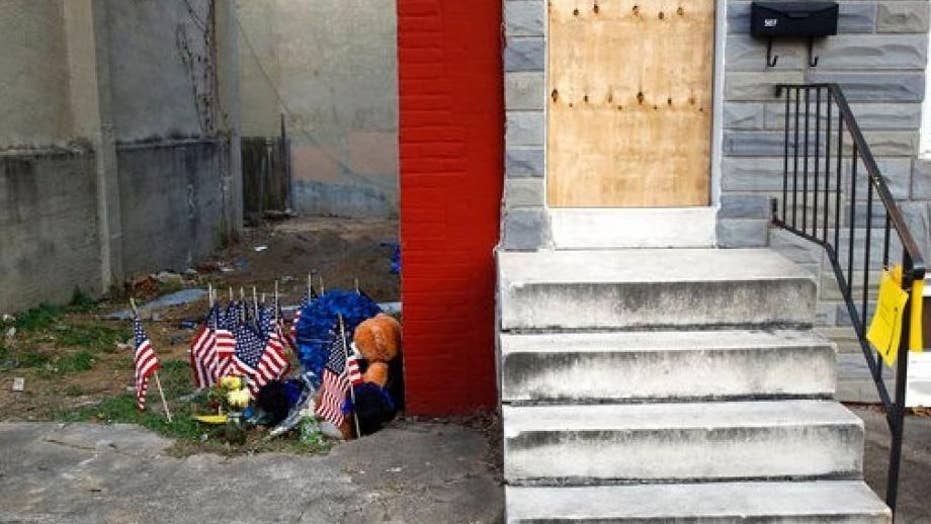 A growing number of students at a Baltimore high school for troubled or vulnerable youth are missing out on a second chance to turn their life around, instead becoming statistics in a city paralyzed by violent crime.

At least seven students at Excel Academy at Francis Wood High School have been murdered the past 15 months -- all victims of the city’s rising violence. At least five were killed during the 2016-17 school year. The sixth was killed in October and a seventh in November.

Among those was Stefon Cook, 20, who had been in school for only a month before he was gunned down in November.

“We knew him and we knew him in a good light,” Principal Tammatha Woodhouse told the Baltimore Sun.

Seven students at Baltimore’s Excel Academy at Francis Wood High School were murdered in 15 months – five during the last school year. The sixth was killed in October and a seventh in November. (Google Maps)

Another was 19-year-old Markel Scott, who was shot six times two months before his high school graduation last year.

"I grew up here and I've never seen crime like this," his mother Sharonda Rhodes told the New York Times. "These are not normal times. The guns are everywhere."

“After the third time, it was like ‘What’s going on? Why are so many people from our school getting murdered? Is someone going after Excel?’"

The school is a grim reflection of the violence devastating the city, which saw 343 homicides in 2017 – making it three years in a row that the city saw more than 300 murders in a single year.

In its effort to help students cope with the ongoing violence, the school has four social workers, a psychologist and mental health counselors. Safe spaces have been set up so students have a place to vent.

“After the third time, it was like ‘What’s going on? Why are so many people from our school getting murdered? Is someone going after Excel?’ But I think most of them were at the wrong place at the wrong time,” student Deja Williams, 19, who knew all the seven young men killed, told the New York Times.

Woodhouse said there were many times during the last 15 months that she wondered if it was just too much to handle.

“I remember having a conversation with my supervisor like, ‘I don’t know if I can do this anymore.’ And he was like, ‘Well, who’s going to do it if you can’t?’” she said.

She continued: “These are young folks who are independent, taking care of themselves and have to survive in an environment that’s not so welcoming to young folks. How as a city do we look at them and ensure that they have economic resources and make sure that they have some stake in the game as it relates to Baltimore?”

The city is adding more than 750 high-definition cameras that have the ability to zoom in and follow people as they walk down the streets. (Reuters)

City officials say they are trying to figure out ways to make the city safer.

The city is adding a network of more than 750 high-definition cameras that have the ability to zoom in and follow people as they walk down the streets, the Times reported.

“It’s like sitting on a keg of dynamite. If we don't fix it, it will all explode."

The recent rise in homicides appeared to be triggered by the April 2015 death of Freddie Gray, an African American man who died while in police custody.

The recent rise in homicides was linked by some to the April 2015 death of Freddie Gray. (Reuters)

“It’s like sitting on a keg of dynamite,” Mayor Catherine Pugh told the Baltimore Sun. “If we don’t fix it, it will all explode.”

While it’s unclear whether the strategies will work, Police Commissioner Kevin Davis told the Sun that the Violence Reduction Initiative is “fundamentally improving how the government is delivered to poor, violent communities in a way it’s never been delivered before.” He said they are already seeing a slight decrease in crime.