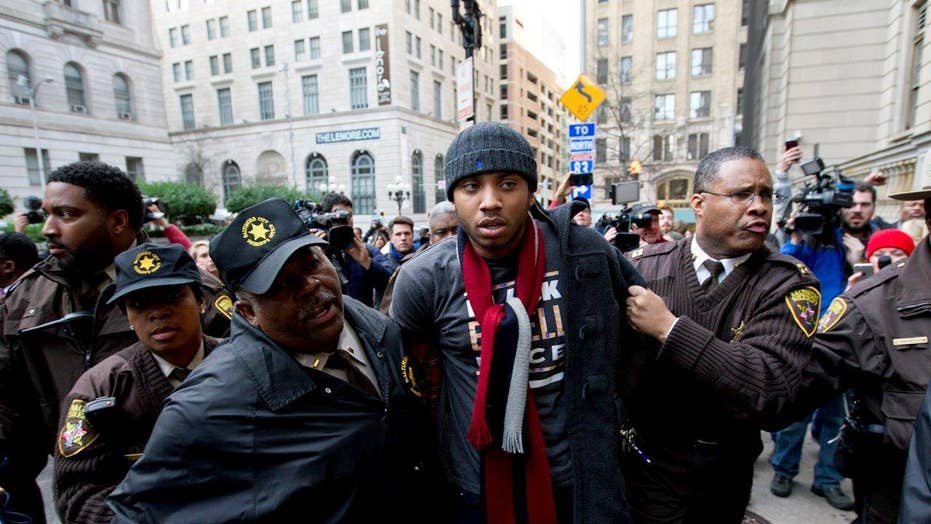 Thousands of vacant buildings in Baltimore will be demolished over the next four years, city and state officials announced Tuesday, starting in the neighborhood where Freddie Gray was arrested and fatally injured in police custody, prompting civil unrest that highlighted the urban decay.

The plan includes $75 million in state funding to demolish blocks of abandoned buildings to create space for affordable housing, businesses and parks, Gov. Larry Hogan and Baltimore Mayor Stephanie Rawlings-Blake said at a news conference. The city will provide nearly $19 million worth of administrative services, and the state will offer more than $600 million in financing opportunities for private-sector development, they said.

Hogan said the plan will include $150 million in financing opportunities in fiscal 2016, which begins July 1.

The city of 620,000 people has about 17,000 vacant houses, concentrated in neighborhoods that saw rioting, looting and arson after Gray's death in April. In block after block in poor neighborhoods, former homes have doors and windows covered in plywood. Some of the boards are marked with signs about controlling the rat population, others with posters about the violence that took the lives of 344 people last year. "We must stop killing each other," one says. The empty, brick rowhouses are often vandalized and sometimes catch fire.

"Fixing what is broken in Baltimore requires that we address the sea of abandoned, dilapidated buildings infecting entire neighborhoods," the first-term Republican governor said, according to prepared remarks released prior to the news conference. "Together, we will transform these neighborhoods from centers for crime and drugs, to places our city, and our entire state, can be proud of."

Rawlings-Blake, a Democrat who is not seeking re-election, said the program would accelerate the city's demolition plan, funded at $10 million per year.

"Transforming vacant homes and vacant buildings into inviting green space and livable new developments is a critical part of our goal of attracting 10,000 new families to Baltimore city and dramatically improving the quality of life for current city residents," she said in prepared remarks.

The program is dubbed CORE for "Creating Opportunities for Renewal and Enterprise." Hogan said the first target is the 1000 block of North Stricker Street in Sandtown-Winchester, the West Baltimore neighborhood where Gray grew up and was arrested. Planners estimate that 20 blocks can be cleared in the first year.

Financing for development projects would include as much as $200 million in state revenue bonds, Hogan said.

The Maryland Stadium Authority will manage the demolition of buildings jointly identified by the state and the city. Chairman Thomas Kelso said the authority has expertise managing such large-scale projects.

"We have a well-deserved reputation for delivering their projects on time and on budget in the best interests of the taxpayers of Maryland," he said in his prepared remarks.