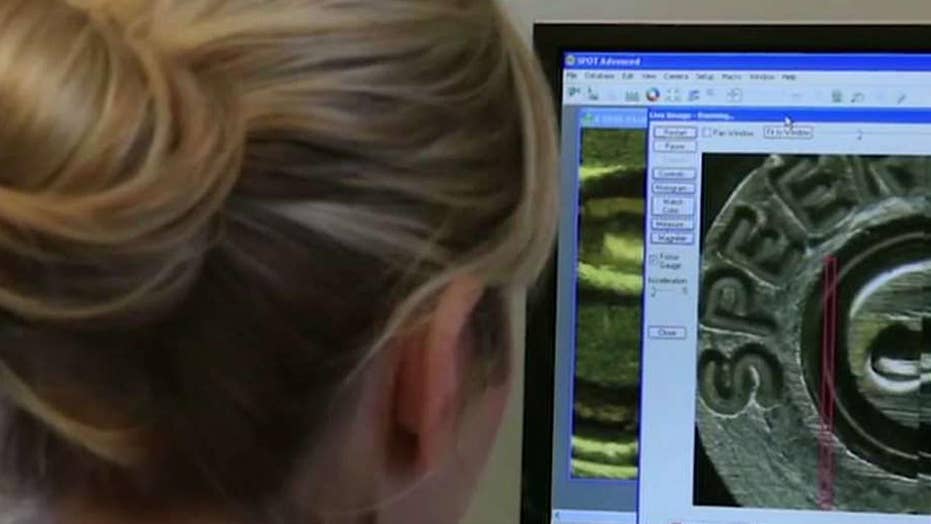 Baltimore’s mayor has asked the FBI and other federal agencies to help the city, which has one of the nation’s strictest gun control laws, as it struggles with an accelerating pace of murders.

This past weekend alone saw four murders, adding to the 104 that been committed since the start of 2017.

“We are looking for all the help we can get,” Mayor Catherine Pugh said on Monday, according to FoxBaltimore.com. “As you know our murder rate is up. Murder is out of control. Too many guns on our streets."

The mayor said that last week she requested additional manpower and equipment from federal agencies, including the FBI and the Bureau of Alcohol, Tobacco, Firearms and Explosives (ATF).

Pugh, appearing with local police officials and ATF officials, announced that the city would start receiving some of the requested help, including a new bullet-tracing van, known as a National Integrated Ballistic Information Network (NIBIN) van, that assists police in more quickly solving gun-related crimes.

Through the end of last month, murders in Baltimore topped 100 and are the most in the city since 1993 when 110 people had been murdered in the first four months of that year. However, the city has 110,000 fewer residents than it did in 1993, making this year’s murder rate through April the highest per capita rate in the city’s history.

The NIBIN van is outfitted with technology that can immediately process bullet casings in real time to help trace where they may have been fired from.

The NIBIN network is used by U.S. law-enforcement agencies to help generate leads on gun-related crimes. According to a description of the network on the ATF’s website, NIBIN has helped to capture approximately 2.8 million images of ballistic evidence and more than 74,000 positive matches on bullets from guns committed in previous crimes.

According to the Sun, violent crime is up by 23 percent in the city compared to 2016. Gun-related crimes like homicides, shootings and robberies have all seen double-digit increases.

Councilman Brandon Scott said that it's violent repeat offenders that are holding the city hostage with more and more crimes.

"A small group of people, over and over, are terrorizing the citizens of this city,” Scott said to Fox News. “It’s something that we need to address now.”