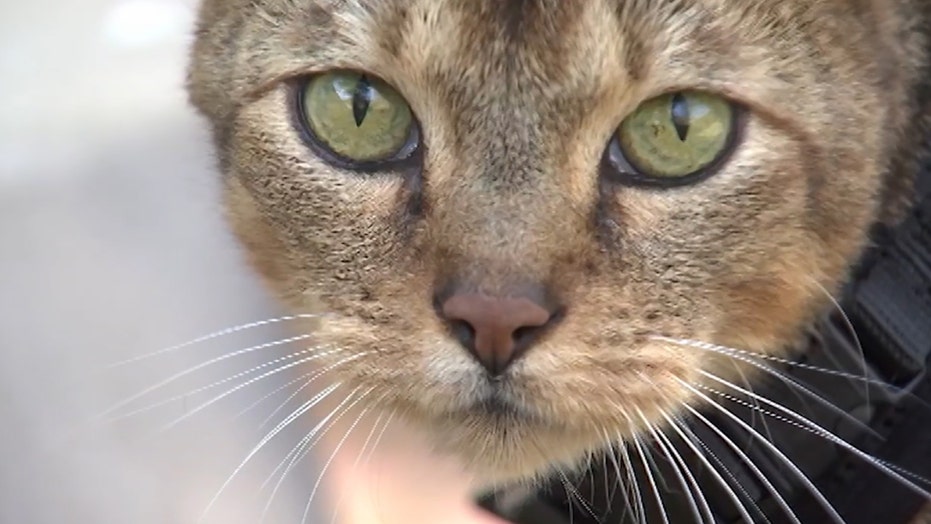 Baltimore Animal Rescue and Care Shelter responded to a call to rescue some cats from a home, but were “shocked” to find over 130 cats in the residence.

An unnamed elderly woman reached out to BARCS to come rescue some 30 cats that were in her care. She was set to leave for hospice care and wanted the best for her cats.

When Animal Control arrived, they discovered that the number was much higher, and that conditions inside the residence were “out of control.”

“They were shocked to find that the eldery woman was actually living with 130+ cats,” BARCS wrote in a statement posted on Facebook. “The conditions inside of the woman’s house were overwhelming; it was clear her situation had been out of control for quite some time.”

“Many of the cats are in poor condition and will need long-term and/or specialized medical treatment plans to help them become healthy. Nearly all of the cats are undersocialized and very afraid.”

The post has been updated to note the number is over 130, indicating they were not aware of just how many cats were in the woman’s home upon discovery.

The shelter cites its current population of 175 cats in need of homes, meaning the recent addition almost doubles what they currently carry. Such a rapid increase in demand has created a burden, and the Facebook post included appeals for help, both for adoptions and donations.

“While we are able to care for most of the cats in our own medical wing, we need donors to help us with the costs associated with this very large intake of cats,” the statement added. “Please consider a donation to help. Medical care for our animals is the largest part of the BARCS budget. Funding this program is critical to saving lives.”

The rescue effort appears to be ongoing.