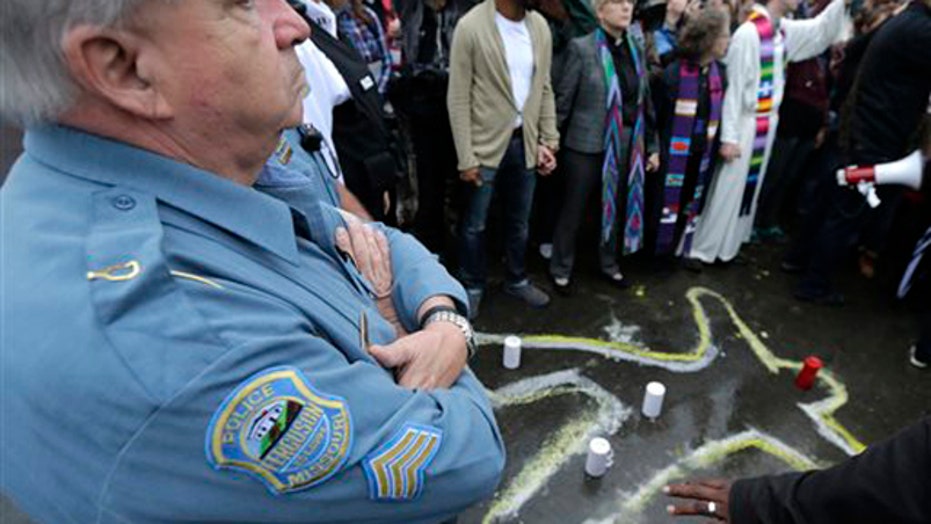 Michael Brown, the 18-year-old black man whose fatal shooting by a white police officer in the St. Louis suburb of Ferguson in August touched off weeks of racially-charged rioting, had marijuana in his system, was initially shot at close range and does not appear to have been killed while running away, according to experts who reviewed the official autopsy and toxicology report.

The documents, obtained by the St. Louis Post-Dispatch and analyzed by two experts not directly involved in the case, appears to contradict witness accounts that claimed Brown was running away from Police Officer Darren Wilson, 28, when he was killed on Aug. 9. The new information comes on the heels of reports that Wilson told authorities Brown had reached inside Wilson’s police SUV and struggled for his gun, resulting in Wilson firing twice, hitting Brown once in the hand. Moments later and outside of the vehicle, Wilson fired the fatal bullets that sparked a national controversy.

The newspaper had St. Louis medical examiner Dr. Michael Graham, who is not part of the official investigation, review the autopsy report, and he determined that it “does support that there was a significant altercation at the car” including a shot that hit Brown’s right hand. Dr. Judy Melinek, a forensic pathologist in San Francisco who also reviewed the documents, concurred that the autopsy “supports the fact that this guy is reaching for the gun" and that it did not support claims Brown was shot while running away from Wilson, or with his hands up.

The toxicology test. also obtained by the newspaper and performed by a St. Louis University laboratory, revealed marijuana in Brown’s blood and urine. Alfred Staubus, a consultant in forensic toxicology at The Ohio State University College of Pharmacy, told the newspaper THC could impair judgment or slow reaction times but that there was no reliable measurement to make those conclusions.

“The detection of THC in the postmortem blood of Michael Brown really indicates his recent use of marijuana (within a few hours) and that he may or may not have been impaired at the time of his death,” Staubus said.

The shots fired outside of the vehicle hit Brown in the forehead, upper right arm and twice in the chest, Melinek said. The fatal shot to the top of Brown’s head indicates he was falling forward or in a lunging position toward the shooter, she said. The fact that a sixth shot hit his forearm and traveled from the back of the arm to the inner arm shows Brown’s palms could not have been facing Wilson, as some witnesses have said, Melinek said.

The findings could be at odds with those of a private autopsy arranged by Brown’s family, conducted by former New York City Chief Medical Examiner Michael Baden and made public Aug. 18. Baden said none of Brown’s wounds appeared to have been from shots fired at close range, noting a lack of stippling, or pattern of tiny blood spatters. However, Graham told the Post-Dispatch, "Sometimes when it’s really close, such as within an inch or so, there is no stipple, just smoke."

A third autopsy has been ordered by federal officials as part of their investigation into whether Brown's civil rights were violated. Results of that one have not been revealed.

The New York Times, citing government officials briefed on the federal civil rights investigation into the matter that, while the federal investigation was continuing, the evidence so far did not support civil rights charges against Wilson. The officials told the Times the forensic evidence supported Wilson’s version of events, which was that he was trying to leave his vehicle when Brown pushed him back in and sparked the struggle  for the gun.

Surveillance video from a nearby store allegedly showed the 6-foot, 4-inch Brown committing a strong-arm robbery minutes before the confrontation, stealing a box of cigars from a shopkeeper who he pushed out of his way. The Post-Dispatch, citing sources close to the investigation, reported that Wilson claims he saw Brown and his friend, Dorian Johnson, walking down the middle of the street and told them to move to the sidewalk. When he noticed Brown holding cigars in his hand, Wilson said he realized the pair matched a radio alert about a the robbery moments earlier.

Wilson claims he put his vehicle in park, and tried to get out, but Brown slammed the door shut and punched Wilson in the through the open window, sparking the struggle for the gun, the source told the paper.

A grand jury has been hearing testimony in the case since Aug. 20, but has not yet returned an indictment or a no-bill against Wilson. If the police officer is not indicted, supporters of Brown have vowed to resume demonstrations that began immediately after the shooting and became violent, with looting, arrests and the imposition of a curfew. President Obama consoled Brown's family in the immediate aftermath, and U.S. Attorney General Eric Holder went to Ferguson and announced a separate federal investigation.