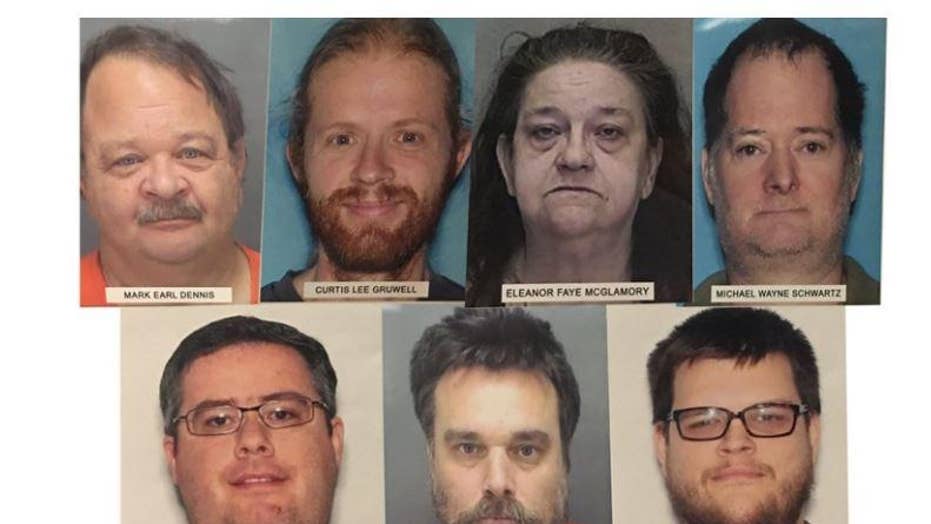 A raid by Florida cops on a squalid mobile home revealed two teenage boys -- one of whom had been repeatedly sexually abused -- who had been lured from their families via an online gaming app, police said Monday.

St. Petersburg police said the two teen boys – 16 and 17 years old – were rescued in May after Louisiana authorities alerted them the 17-year-old had been persuaded to leave home by someone he met on gaming app Discord and could be living in a mobile home in the Florida city.

“As a mother, I cannot begin to stress how disturbing the facts of this case are for me,” new Florida Attorney General Ashley Moody said during a news conference Monday, the Tampa Bay Times reported.

FLORIDA MAN THREATENS TO KILL NEIGHBOR WITH 'KINDNESS' - THE NAME OF HIS MACHETE, COPS SAY

Police said the 17-year-old was lured away from his family after McGlamory, who knew the boy’s family, reached out to him via the gaming app and promised him a better life. The teenager was then picked up by Gruwell in Louisiana and they drove back to St. Petersburg.

“He was told he was going to go to a place that was better,” police Chief Tony Holloway said.

When police went to investigate the home at the Silver Lake Mobile Community on May 9, they found the 16-year-old teenager living in squalor.

Mark Dennis initially claimed to be the teenager’s father, however, police found out that the 16-year-old boy was reported missing from Marion County nearly a year ago.

Police determine that McGlamory had also reached out to the 16-year-old – when he was 15 – and set up a meeting with the Dennises. After meeting in person, the couple decided to give the boy a “new identity” and left a note at the boy’s house telling his mother not to look for him, the Tampa Bay Times reported.

The boy was forced to live on a small mattress, surrounded by animal cages and animal waste, authorities said.

According to police, Gruwell and Schwartz lived in the mobile home with the Dennises. All four men, along with Blasdel and Gauthier, are accused of sexually battering the 16-year-old boy, police said.

Authorities said they don’t believe the 17-year-old was sexually battered and was returned home. The 16-year-old is receiving treatment for his ordeal and is in a safe location, police said.

“You would not think that you live in Florida, it’s an ideal place to live work and raise a family. We all know that, and yet we have the third highest incidents of human trafficking in the nation,” Moody said.

The Dennises, Blasdel, and Gauthier all face charges of sexual battery of a child under the age of 16. All seven defendants face charges of conspiracy to commit human trafficking and interference with custody. They are being held in separate jails across the state.

Investigators and victim advocates issued a warning Monday, saying that it’s very common for children to be lured by family, family friends or through online apps into human trafficking.

Police said the investigation is ongoing.