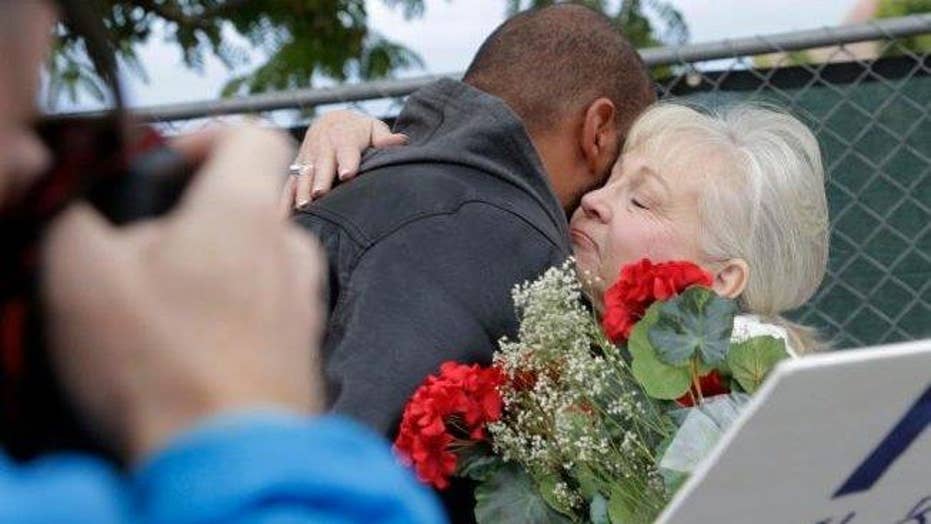 The San Bernardino terror massacre was “an inspired attack” – not directed from abroad – and had nothing to do with workplace disagreements, FBI Assistant Director in Charge David Bowdich said Tuesday as he appealed for information that would help investigators fill in the blanks.

The feds say they need the public’s help to identify the Jihadi duo’s actions during an 18-minute span after Tashfeen Malik and Syed Farook opened fire and before the pair died during a car chase with police.

“No indications of a foreign-directed terror attack,” Bowdich said. “This seems to be an inspired attack.”

The married shooters killed 14 and wounded 22 during a rampage at a holiday party for Farook’s county health department co-workers on Dec. 2.

When he was later asked about reports of a possible dispute between Farook and a co-worker, Bowdich said investigators had found “no legitimate accounts” and “do not see any indications of that.”

What authorities do see indications of, however, is a firm intent to commit the act when Farook walked into the holiday party at 8:47 a.m. By the time he left for the first time at 10:37 a.m., Farook had already planted a backpack full of pipe bombs at the venue. He returned with Malik 19 minutes later and began the attack.

Since the attack, authorities have been able to piece together much of the couple’s movements on the day of the bloodbath.

Officials have conducted more than 550 interviews, collected more than 500 pieces of evidence and served 29 search warrants Bowdich said. Through a variety of techniques – including traffic cameras, surveillance cameras and witness statements – investigators said they’ve accounted for most of Malik and Farook’s travels.

But there are 18 minutes during which authorities don’t know what happened.