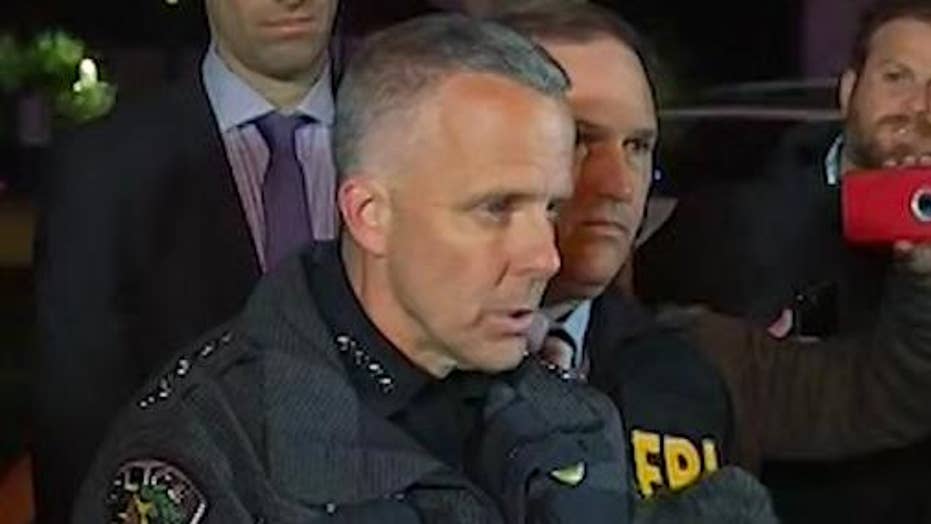 Inside look at top cop in Austin

AUSTIN, Texas – Weeks ago, as a serial bomber was terrorizing Austin and the community was gripped in fear, the city’s interim police chief attended a meeting at a local Baptist church, part of his frequent neighborhood visits to hear concerns from the community.

Interim Police Chief Brian Manley was met with angry questions of hate crimes and people who feared a terrorist in their midst. As the worried audience of 400 peppered him with questions, he kept his composure, calmly answered all the questions and made an impassioned promise to catch the killer.

It was a critical moment of the Austin bombing investigation, when tensions were high and a wrong statement could inflame the community. But through his unruffled demeanor, some said, Manley was able to bring the community together.

Manley is a first-generation police officer who has a degree in finance. He does not come from a long line of law enforcement, but he told Fox News his passion to protect others runs deep in his blood.

“I still went and got my business degree, but I knew this is what I wanted to do,” Manley said. “And, I’ve never looked back.”

Flash forward several decades and Manley led hundreds of law enforcement officials in the investigation of a series of package explosions that resulted in two deaths and multiple injuries.

The complicated investigation started with a breakdown of the explosive devices’ compartments, then moved to a review of store receipts, hundreds of tips, surveillance footage and cellphone technology. It hit a high point Wednesday morning when authorities located Conditt, 23, who eventually blew himself up.

The investigation thrust Manley into the national spotlight like never before.

Not free of criticism, Manley took heat for being slow to recognize the serial nature of the explosions and for his description of Conditt – “a very challenged young man,” avoiding the use of the word terrorist.

But, praise from all levels continues to ring loudly.

“I have not seen a better job than what we’ve seen from this police chief and the Austin police force,” Texas Gov. Gregg Abbott said at a press conference that evening.

The mayor said Manley’s even keel during the investigation helped the community cope, even when racial tensions and fear ran high.

“The ability for him to be able to lead in a way that’s not about him or his ego, but getting the work done was once again on display for all of us to see,” Adler said.

City officials are rallying to give Manley a permanent chief title. The city manager, who has to approve the hire, said a decision will be made in the next few weeks. City Manager Austin Cronk added that his priority right now is the bombing probe.

But some on the council are trumpeting Manley’s achievements.

Manley, who rose through the ranks beginning as a patrolman, brings three decades of experience on the force.

Manley, a married father of two, was a former child abuse investigator who also led teams during the 2009 presidential inauguration and helped Houston when it was dealing with devastating floods.

But nothing, he said, can compare with the last three weeks.

“These,” he said, “have absolutely been the most difficult weeks of my career.”