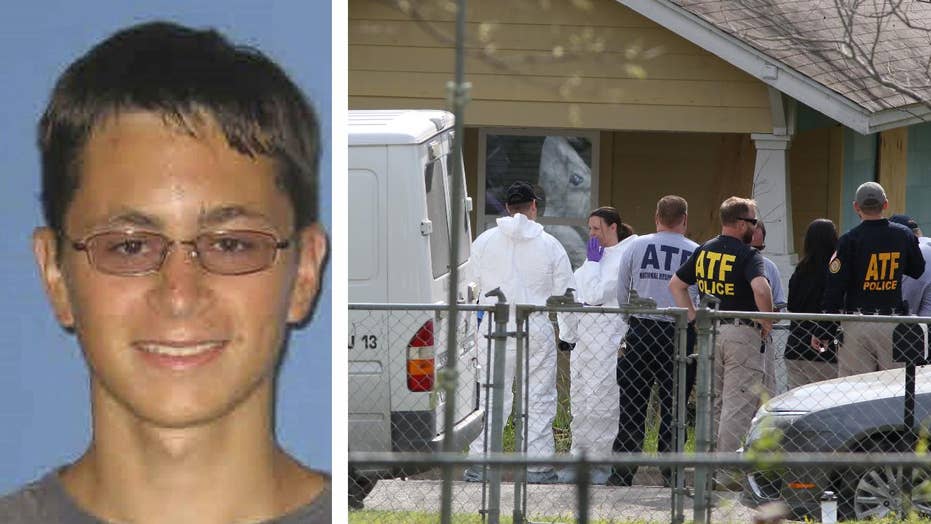 The man linked to a series of deadly Austin package bombings called himself a “psychopath” in a recorded confession and said he had no remorse for the explosions that killed two people, a U.S. congressman said Saturday.

"He did refer to himself as a psychopath. He did not show any remorse, in fact questioning himself for why he didn't feel any remorse for what he did," McCaul said.

AUSTIN BOMBER'S CHILLING 'CONFESSION': 'I WISH I WERE SORRY BUT I AM NOT'

McCaul said Conditt “terrorized the city of Austin and this community,” adding that authorities will continue searching for a possible motive.

The 23-year-old did not mention any racial motivation in his recording, but investigators said they are not ruling out the bombings as a hate crime. Investigators will be looking into Conditt’s social media pages and personal items.

“To be clear, the suspect in this incident rained terror on this community. We will identify, if possible, any motive,” Interim Austin Police Chief Brian Manley said.

McCaul, a former federal prosecutor who chairs the House Committee on Homeland Security, spoke at a news conference where he thanked law enforcement officials for bringing the three-week spree to an end.

Rep. McCaul: Nightmare is over, time to heal in Austin

On 'America's Newsroom,' Republican congressman from Texas discusses the signature of the suspect's bombs.

The explosives killed Anthony Stephen House, 39, and Draylen Mason, 17, in separate incidents when they were disguised as packages left on doorsteps. Four other people were wounded in the incidents. One of the two explosive packages detonated at a FedEx sorting facility outside of San Antonio the day before Conditt died.

Authorities were able to track down the suspect when reviewing surveillance photos showing Conditt in “disguise.” He died on Wednesday after detonating an explosive device as police surrounded him.

Authorities have not released the tape and will be deciding whether it will be shown to the public at the end of the investigation.