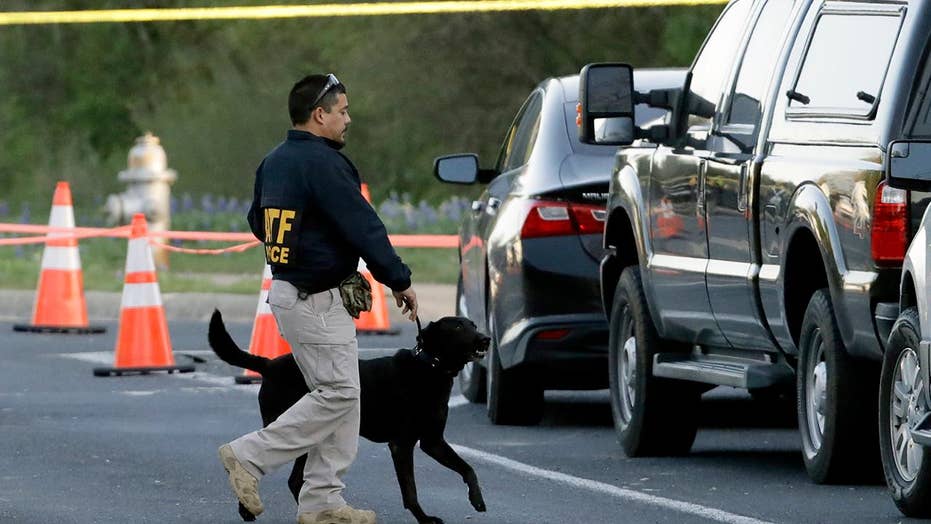 Security expert Aaron Cohen provides insight on the serial explosions in Texas and discusses comparisons to the hunt for the Unabomber.

Home security experts in Austin, Texas say that they have seen an uptick in inquiries after four bomb explosions rocked the capital of the Lone Star State.

The security expert says the industry as a whole has seen a shift from alarms to surveillance with items like automatic locks as well as exterior and doorbell cameras -- a technology that he says could have helped to prevent the bombings in Austin.

“It’s probably the best way to detect,” Stoltzfus says. “With a doorbell camera, a user can know when a package arrives and get a text immediately.”

“If something doesn’t look right, they can call the authorities without actually going outside and touching the package.”

And exterior cameras can help monitor activity around the perimeter of a home.

“Homeowners would be able to see a video of any suspicious cars,” he said.

“Based on what we are seeing, it’s a huge need for people. All of these method are effective in preventing incidents such as these.”

Stoltzfus says that he can’t say with certainty that the increase in customers is directly related to the bombings, but inquiries to his company have dramatically increased in the past three weeks. He said it often happens when events such as these make the news.

“We did see a spike in our Houston office a few years back after a series of robberies in the city,” he recalled. “We dealt with 40- something homes in the area in the two days after it made the news.”

A fourth explosion occurred within Austin city limits on Sunday evening in a suburban development known as Travis Country. Two men, ages 22 and 23, were walking their bicycles when the explosives detonated. The attack differs from the first three, which involved package bombs left on people's doorsteps, according to police.

Travis Country is far from the sites of the earlier bombings, which occurred over two-plus weeks in residential neighborhoods east of Interstate 35, which divides the city. 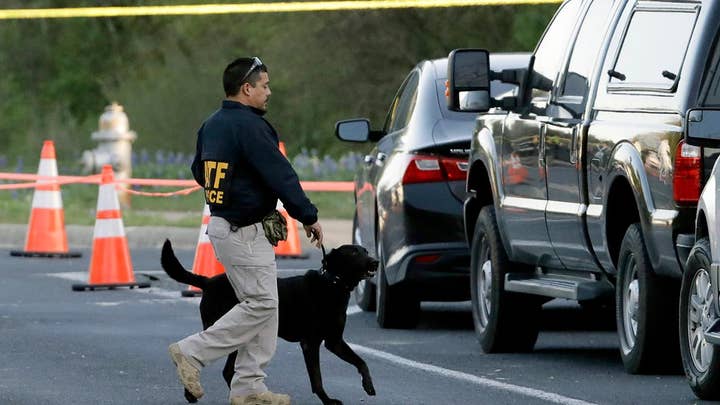 Earlier Sunday, Austin police said the reward for information leading to an arrest in the deadly explosions has risen by $50,000 to a new total of $115,000.  Austin Police Chief Brian Manley said more than 500 officers, including federal agents, have conducted 236 interviews following up 435 leads.

Local authorities said on Monday that they believe a “serial bomber” is likely responsible for the four explosions.

"We are clearly dealing with what we what we expect to be a serial bomber at this point, based on the similarities between now what is the fourth device," Manley said at a news conference Monday morning.

Frederick Milanowski, the special agent in charge for the Bureau of Alcohol, Tobacco, and Firearms, says the latest bomb was "more sophisticated" because it used a trip wire. Milanowski said trip wire devices, possibly using fishing line, are triggered by victims applying any kind of pressure or tension.

"We are more concerned now. That is, people see something suspicious they stay away and contact law enforcement," he said during Monday’s press conference.

A former European military-trained bomb technician told Fox News that in his professional opinion, the latest bombing is the work of someone with either military or NGO training.

“[It] doesn't seem like a job that anyone who learns off the internet can do. You learn how to make a pipe bomb on the internet.” The technician, who requested anonymity because of the nature of his work as a private contractor, said. “You don't learn how to make a wire trip bomb and deliver it undetected. That’s an interesting skill set.”

“Tripwire bombs can be in a doorway. Putting it in a package is an interesting thing, and takes a significant amount of skill - more than just setting up a claymore to go off. You have to take into consideration how much force is being used to open a package…that makes for a pretty sensitive device.”