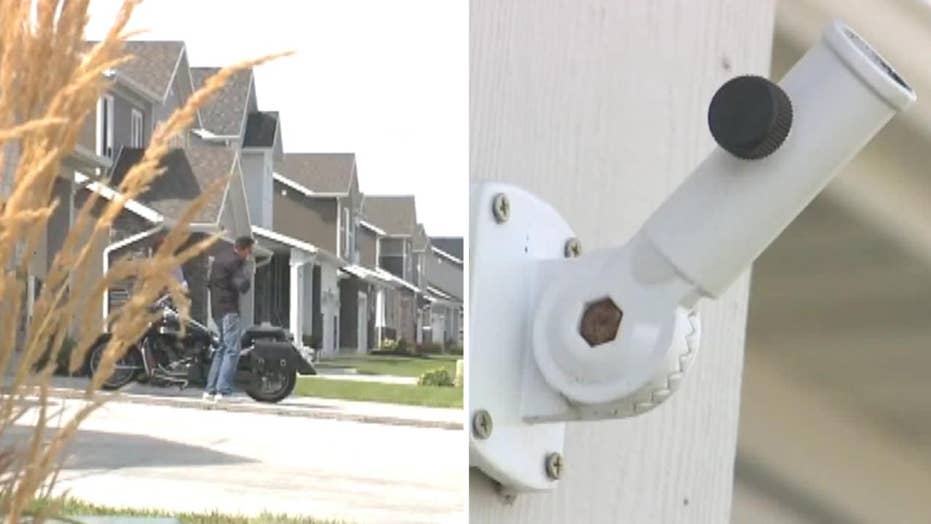 Porch flags in city of Syracuse continue to be stolen

Residents of a Utah neighborhood are trying to figure out who is behind the thefts of at least eight American flags during the past three months.

The Syracuse Police Department issued an appeal on Facebook for any other possible victims to come forward, saying there have been "several reports of American flags being stolen off of flag poles."

"We actually had one case where, it was down in Still Water Estates, the flag was stolen, the person put up a new flag the next morning and it got stolen the night after that," Detective Erin Behm with the Syracuse City Police Department told FOX13 Salt Lake City.

Behm hopes getting the word out about the thefts will encourage someone to come forward with information or surveillance video.

The Still Water Estates neighborhood in Syracuse, where at least eight American flags have been stolen. (FOX13 Salt Lake City)

Ryk Rawley told FOX13 he put up a flag up in front of his home four months ago when his neighbor, Master Sergeant Jared Adcock with the 729 Air Control Squadron, was deployed to the Al Dahfra Airbase in the United Arab Emirates.

"The whole time he was gone, we figured it would be a nice gesture to fly a flag for him while he was gone," he said.

Rawley's neighbor offered to have a flag flown on a military jet over the Al Dahfra Airbase as a memorial. The flag was properly folded, and shipped to Rawley with a certificate to commemorate his father in-law's service.

"I don't think they realize what they're doing or what it means," Adcock told FOX 13. "You know it means a lot to a lot of us. Men and women sacrificed their lives so we could have that flag flown for them."

Authorities are increasing patrols in the neighborhood as a result of the thefts.