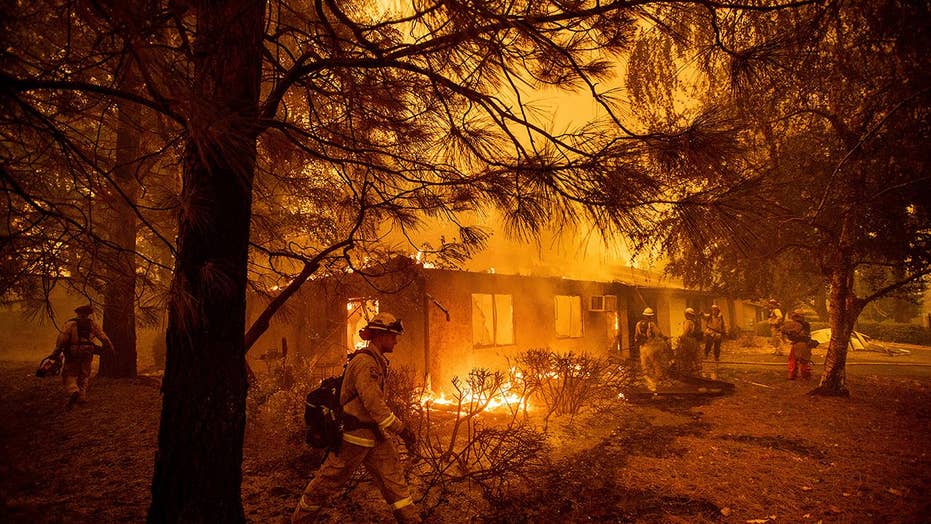 California blazes in the north and south force evacuations

At least two bodies were discovered in the Woolsey Fire burn area in Southern California on Friday as wildfires continued to rage across the state, the Los Angeles County coroner’s office said.

The sheriff’s department discovered the bodies and notified the coroner’s office, KCBS-TV reported.

In less than two days, the Woolsey Fire and the smaller Hill blaze have destroyed more than 150 homes and prompted evacuation orders for about 250,000 people from Thousand Oaks northwest of Los Angeles to the celebrity enclave of Malibu.

In Northern California, at least nine people died when a wildfire tore through the town of Paradise — home to about 30,000 people — and incinerated more than 6,700 structures — almost all of the homes.

Many homes had propane tanks that were exploding amid the flames.

"They were going off like bombs," said Karen Auday, who escaped to a nearby town.

In Southern California, winds that drove the flames through bone-dry hills and canyons near Los Angeles were expected to die down until Sunday, before building again to 35 mph with even higher gusts, forecasters predicted.

The lull Saturday would give firefighters a chance to control the edges of the blaze and to swap fire crews, replacing firefighters who had worked for two days without rest, Los Angeles County Fire Chief Daryl Osby said.

But with the winds returning, it's likely more homes would be lost, Osby warned. "There's not going to be any relief in this firefight," he said.