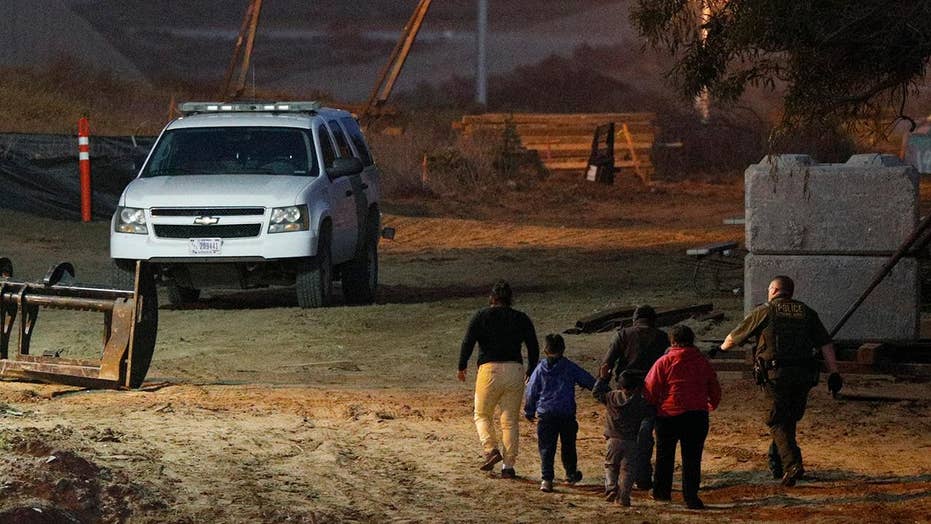 Some migrants seeking asylum at California's San Ysidro port of entry will be returned to Mexico as part of new measures announced by the Trump administration; William La Jeunesse reports.

Some migrants seeking asylum at the southern border will be returned to Mexico as early as Friday as part of new measures announced Thursday night by the Trump administration, which hopes to prevent those with claims from waiting in the United States while their cases are processed.

The policy, called the Migrant Protection Protocol, was announced by the Department of Homeland Security to curb the increasing number of families arriving -- mostly from Central America -- who say they fear returning to their home countries due to alleged threats of violence.

The MPP is the start of a major policy shift by the Trump administration.

“We have implemented an unprecedented action that will address the ongoing humanitarian and security crisis at our Southern border,” DHS Secretary Kirstjen Nielsen said in a statement. “For far too long, our immigration system has been exploited by smugglers, traffickers, and those who have no legal rights to remain in the United States.”

US RANCHERS NEAR MEXICO WEIGH IN ON BORDER WALL, SHUTDOWN TALKS

She said the initiative represents a “methodical commonsense approach to exercising our statutory authority to require certain individuals to await their court proceedings in Mexico.”

The MPP, which is expected to face a legal challenge, will first be introduced in California – at the San Ysidro port of entry – and eventually expanded throughout the nearly 2,000-mile border.

San Ysidro is the nation's busiest crossing and the one chosen by many asylum seekers who arrived in Tijuana, Mexico, in November as part of a massive caravan of more than 6,000 migrants.

DHS said the program will apply to arriving migrants who ask for asylum at ports of entry or those who are caught attempting to cross illegally and say they are afraid to return home.

Unaccompanied minors and some migrants from “vulnerable populations” could be excluded on a case-by-case basis. It does not apply to children traveling alone or to asylum seekers from Mexico.

“The MPP will provide a safer and more orderly process that will discourage individuals from attempting illegal entry and making false claims to stay in the U.S., and allow more resources to be dedicated to individuals who legitimately qualify for asylum,” the DHS said.

The details were finalized during bilateral talks in Mexico City over the last few days. The MPP calls for U.S. authorities to bus asylum seekers back and forth to the border for court hearings in downtown San Diego, including an initial appearance within 45 days.

U.S. officials will begin processing only about 20 asylum claims a day at the San Diego crossing but plan to ramp up to exceed the number of claims processed now, which is up to 100 a day, a U.S. official told the Associated Press on the condition of anonymity Thursday.

The policy could severely strain Mexican border cities. U.S. border authorities fielded 92,959 "credible fear" claims — an initial screening to have asylum considered — during a recent 12-month period, up 67 percent from a year earlier.

The "Remain in Mexico" policy is President Trump's latest move to reshape immigration policy. Other major changes have been blocked in court, including a ban on seeking asylum by people who cross the border illegally from Mexico and dismissing domestic and gang violence as grounds for asylum.