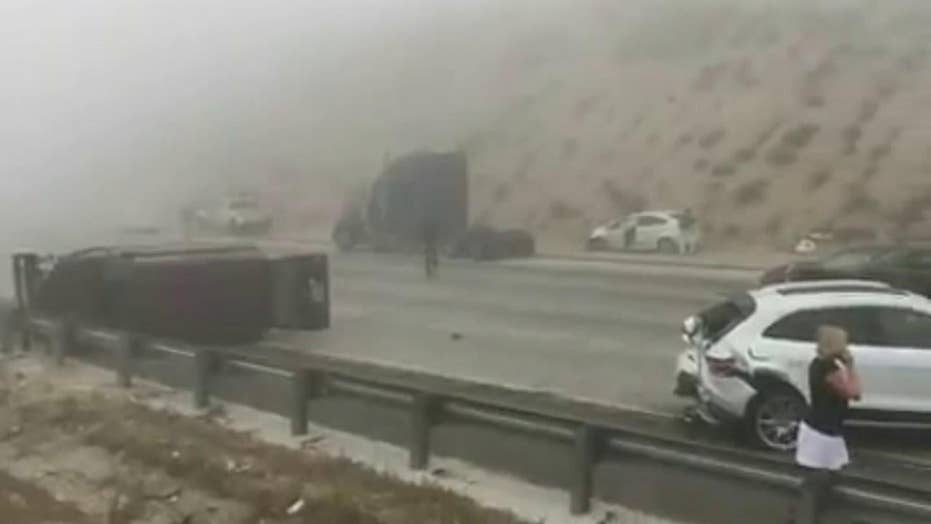 At least 17 injured after multi-vehicle crash

Visibility in the area was limited due to heavy fog.

Several vehicles collided in dense fog on Interstate 15 in Cajon Pass, about 60 miles east of Los Angeles, triggering more than a dozen injuries late Wednesday morning, according to reports.

California Department of Transportation district spokeswoman Terri Kasinga says the number of vehicles in the pileup may hit 20.

The San Bernardino County Fire Department tweeted that two patients were transported immediately and 15 others had minor injuries.

San Bernardino County officials reported “extremely low” visibility in the area because of fog, according to Fox 11. Southern California is experiencing a deep intrusion of marine air that has brought low clouds, fog and rain.

The pass runs between the San Bernardino and San Gabriel Mountains and rises to an elevation of nearly 3,800 feet.