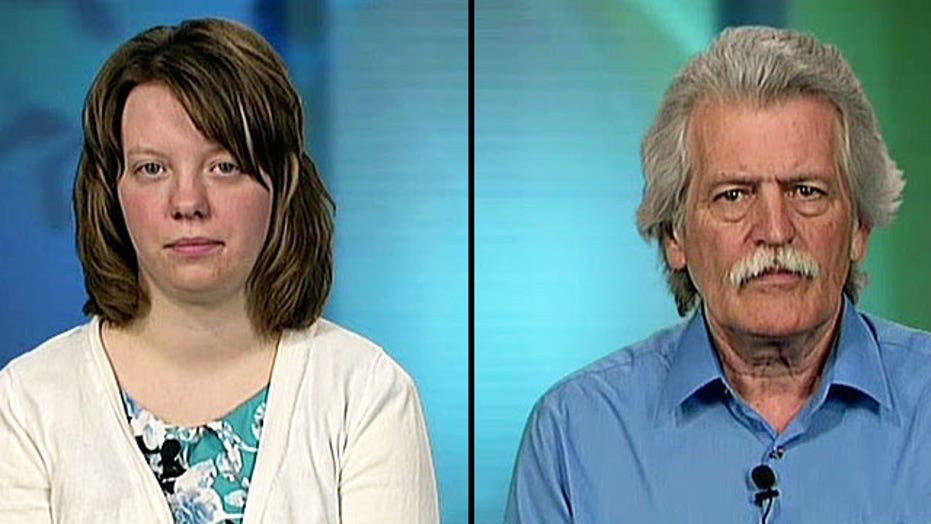 Owners speak out about the backlash on 'Hannity'

The news director for an Indiana TV station was taking heat Friday for downplaying a high school coach's alleged Twitter threat to "burn down" a controversial pizzeria as merely a “mean tweet.”

WBND-TV news boss Aaron Ramey used the arguably mild characterization to describe a Tweet attributed to Jess Dooley, head coach of the girl’s golf team at Concord High School in Elkhart, that called for people to help her set fire to Memories Pizza in Walkerton.

“Who’s going to Walkerton, IN to burn down #memoriespizza w me?” Dooley tweeted after Crystal O’Connor told Ramey’s South Bend station Wednesday that her family’s pizzeria would not cater to gay weddings because of their Christian beliefs. .

The threatening tweet from Dooley prompted a police investigation, a referral to prosecutors and Dooley's suspension. While police, Dooley's school and the family that owns the restaurant took the Twitter threat seriously, Ramey did not, according to critics.

“Teacher suspended for mean tweet about pizza place who won't cater gay weddings,” Ramey said in a tweet Wednesday that has since been deleted.

The Elkhart Truth said Dooley was a paraprofessional at Concord, not a teacher. Her employer is the Elkhart County Special Education Cooperative, which did not return calls for comment from the paper.

Ramey and his station’s general manager Jeff Guy, did not respond to requests for comment from FoxNews.com Friday.

“When you threaten to burn down #Memories Pizza that is not a mean tweet. ITS TERRORISM!” one Twitter user said. “@adramey, @ABC57News burning someones establishment down is a mean tweet? Ae you for real?” another said.

“’Mean Tweet.’ She asked who wanted to come with her to burn the place down,” still another tweeted.

The firestorm prompted O’Connor and her father to go into hiding and temporarily shut down their business.