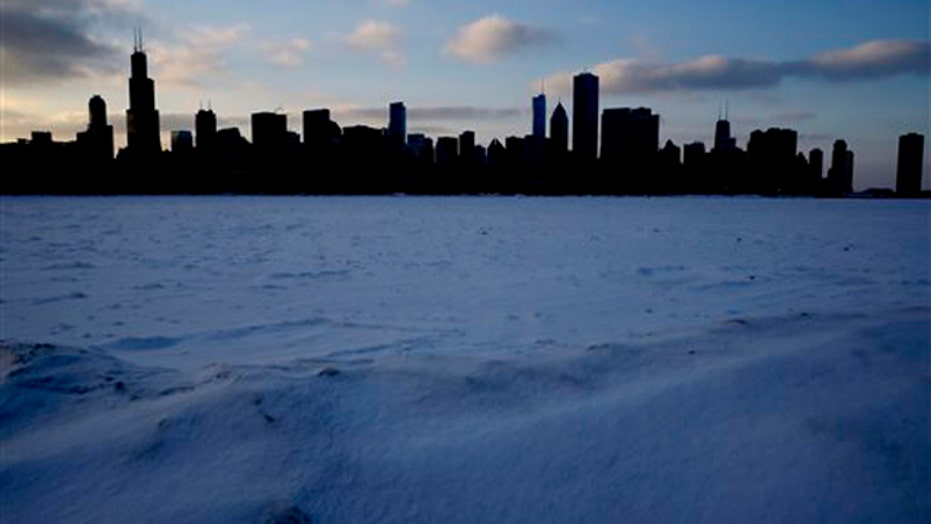 In keeping with the proverb, March came in like a lion for many parts of the country as snow fell over an area stretching from the Ohio Valley to southern New England and Boston edged closer to breaking its 20-year-old snowfall record.

The Boston Globe reported that the city had received 2 inches of snow by 2 a.m. Monday, when the heaviest part of the storm had passed. That brought the snowfall total to 104 inches, 3.6 short of the 107.6 that fell in the winter of 1995-96. Forecasters called for more snow to fall beginning Tuesday night and continuing into Wednesday and possibly Thursday.

State officials warned that temperatures in the upper 20s could result in a heavier snow that could weaken roofs that have already had to bear the burden of one of the heaviest winter snowfalls in history. Massachusetts Emergency Management Agency spokesman Peter Judge told the Globe that 180 roof collapses had been reported across the state since Feb. 9.

The latest snowfall was not expected to affect public transportation, unlike in past weeks when severe storms caused the closure of Boston's MBTA transport system. As of early Monday, the weather had cancelled more than 30 flights to and from Boston's Logan Airport. Officials are urging commuters to give themselves extra travel time and to take it slow on the roads to prevent accidents caused by slippery conditions.

The weather caused at least one fatality, as state police said a 22-year-old woman died after being ejected from a car that overturned while the driver was trying to avoid snow in the roadway in New Bedford, Mass. The driver suffered minor injuries.

Two people were killed when a driver lost control on a snow-covered highway in Lebanon on Saturday when the car skidded into a tractor-trailer stopped because of an earlier crash on Interstate 44. The 20-year-old driver survived, but both passengers were ejected and killed.

A 25-year-old eastern Missouri woman died Sunday morning on a snow-covered stretch of Interstate 70, state police said. Her vehicle began to slide and it went off the left side of the interstate before returning to the roadway and colliding with a tractor-trailer.

In Nevada, Missouri, a boy died after falling through an ice-covered farm pond. Emergency crews rushed to the scene Saturday morning after a caller said three children were in the pond, according to fire officials. A bystander pulled one boy from the pond, and another boy was able to get out on his own, The Joplin Globe reported.

Illinois and Indiana also got 8 inches or more of snow Sunday from the same weather system.

In Lansing, Michigan, a 3-year-old girl was hospitalized in critical condition after getting stuck overnight outside her family's apartment during frigid weather that marked the end of one of the coldest Februaries on record in the state.

According to police, the girl was treated for severe hypothermia. A relative found the girl on a sidewalk in front of the apartment complex about 8:30 a.m. Saturday, Lansing police Sgt. Joe Brown told the Lansing State Journal. The temperature was 5 degrees at the time.

Out West, forecasters in Colorado issued blizzard and avalanche warnings as Pacific moisture continued to bring snow and strong winds to the Continental Divide on Sunday. The storm was expected to last through Monday, with another storm expected Tuesday. The National Weather Service issued a blizzard warning for Wolf Creek Pass and the Colorado Avalanche Information Center issued avalanche warnings for the South San Juan, Sangre de Cristo and Gunnison areas. The avalanche danger in southern Colorado has been increased to high.

Crews worked to clean up a mudslide that shut down a stretch of the Pacific Coast Highway northwest of Los Angeles early Sunday. The area received between a quarter-inch to half an inch of rain overnight, the weather service said. The threat of showers was to linger until Monday morning when the cold low-pressure system moved out.