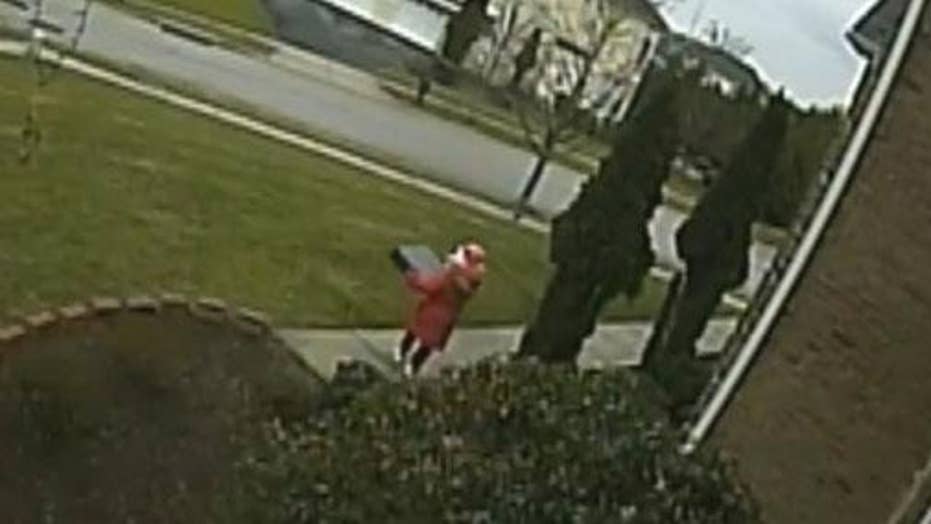 An arrest warrant has been issued for a real life "Grinch" who police said directed his 5-year-old daughter to steal a package from someone's doorstep last month.

Gary Martin Smith, 46, of Maryland, was identified by authorities as the man involved in the Nov. 30 incident.

Smith told his young daughter to steal a package at a home in Bel Air, according to the Harford County Sheriff's Office. The package turned out to be a pair of boots.

The sheriff's office posted a video of the alleged theft to their Facebook page earlier this month, in which the little girl is seen talking to someone off the property.

AMAZON DELIVERY DRIVER ACCUSED OF STEALING PACKAGES IN UTAH: HE WAS 'FEELING LIKE THE GRINCH'

An anonymous tip, in which someone identified the girl, led law enforcement to Smith. It was unclear if he was in custody.

Smith has been charged with theft under $100, conspiracy to commit theft, contributing to the delinquency of a minor and fourth-degree burglary.