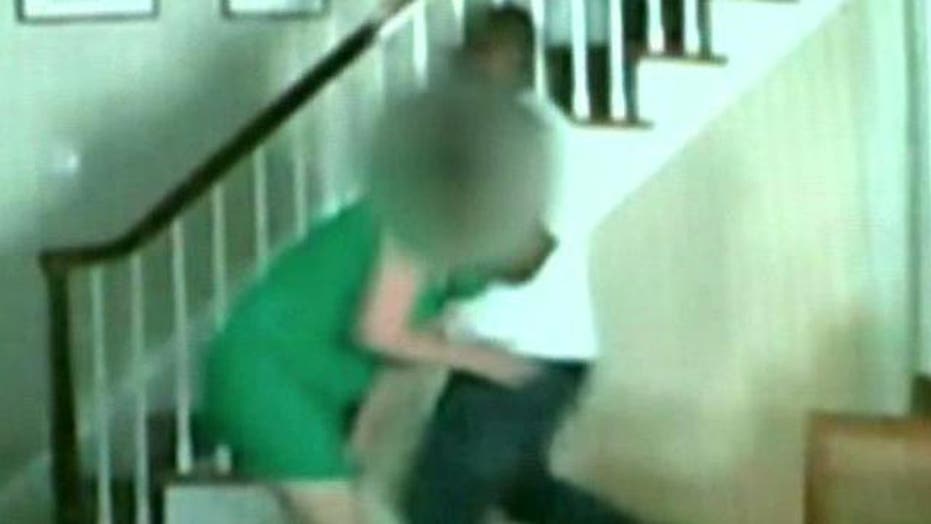 A suspect wanted in the brutal New Jersey home invasion that was captured on a nanny cam was arrested Friday, authorities said.

The attack last Friday in Millburn was captured on a hidden camera in the woman's home. A man can be seen bursting into the home, punching and kicking the woman and throwing her down the stairs while her 3-year-old daughter cowered on a couch.

County chief of detectives Anthony Ambrose said Friday that Custis was being transported to an undisclosed location in New Jersey.

"It was a horrific and brutal crime and detectives and the FBI did a really good job cooperating together to bring this individual to justice," Ambrose told The Star-Ledger.

Police withheld the woman's name to protect the her identity and requested the faces of her and her child be blurred when the video was aired. The woman suffered a concussion, bruises, chipped teeth and cuts around the mouth that required stitches, police said.

The nanny cam footage shows the woman sitting next to her child in front of the TV, then getting up to check out a noise of the frame. It then shows her backing up and being attacked by a man who rushes her.

The burglar made three trips upstairs to rifle through the family's belongings, police said, assaulting the woman on the trips back to the first floor, kicking her, punching her and yanking her by the hair.

The woman screams at the beginning of the assaults, which took place over several minutes, but then is quiet as her 3-year-old remains glued to the couch.

"I knew that if I started screaming, my daughter would, too, and I was afraid she would get hurt," the woman told News 12 New Jersey. "I took it. I didn't cry the entire time."

Police said the attacker made off with jewelry, which News 12 reported included the woman's wedding ring. Neither the 3-year-old girl nor a 1-year-old boy upstairs was injured.

Curtis faces 10 to 20 years in prison if convicted on the attempted murder charge, and three to five years for the burglary charge, The Star-Ledger reported.