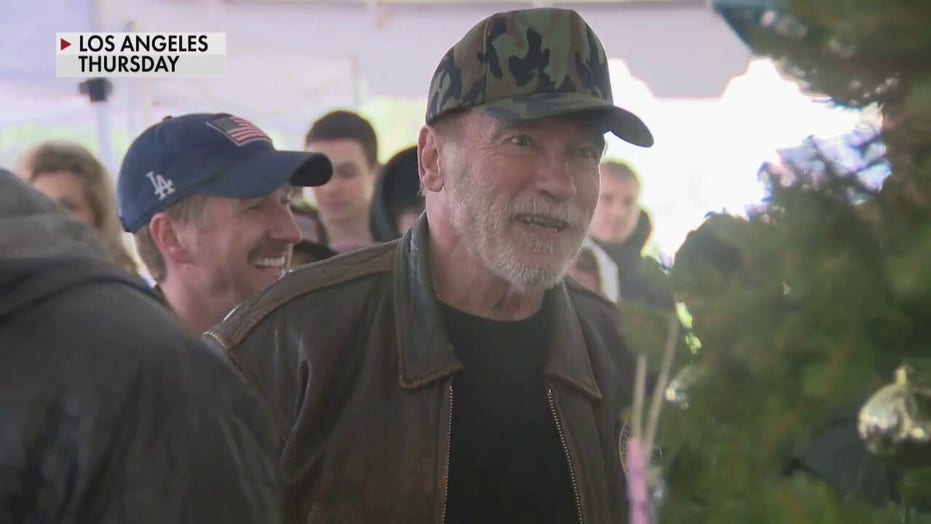 Schwarzenegger coordinated with Village for Vets, a nonprofit dedicated to providing food and shelter to homeless and at-risk veterans, as well as Veterans Affairs Secretary Denis McDonough and volunteer organization American Veterans (AMVETS) to build the tiny homes.

"Today, I celebrated Christmas early. The 25 homes I donated for homeless veterans were installed here in LA," the former governor wrote in a Thursday tweet. "It was fantastic to spend some time with our heroes and welcome them into their new homes."

Village for Vets said in a Thursday tweet that Schwarzenegger's $250,000 donation to the nonprofit "made it possible" for the organization "to purchase and build the remaining 25 shelters" at the Los Angeles VA's Care Treatment Rehabilitative Services (CTRS) site.

"It's been a life-saver for me," Cooper, who lives in one of the tiny homes, told the outlet, adding that the former governor "has not forgotten…anybody."

Donations to Village for Vets go toward the organization's tiny shelters, which "provide an elevated standard of living from tent encampments while veterans are on their journey to find permanent housing and stability," and other programs providing essential services to homeless and at-risk veterans, according to the nonprofit's website.