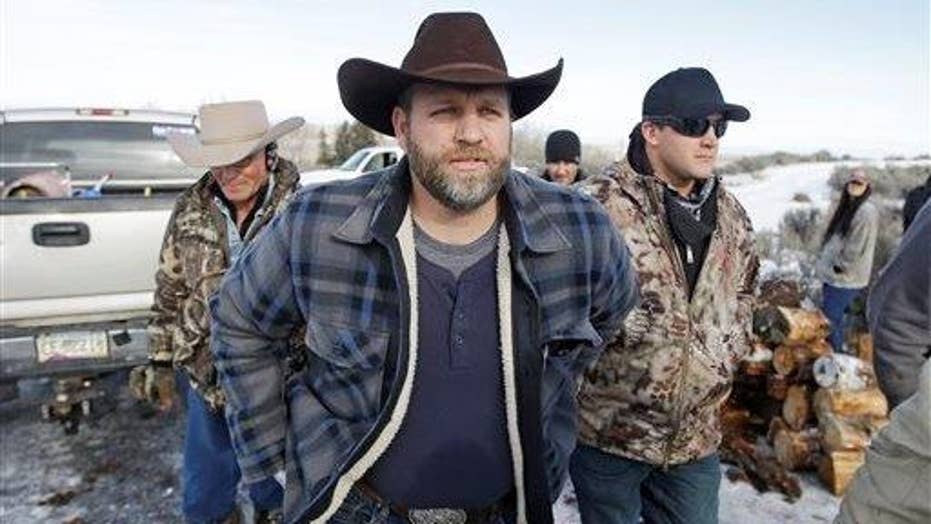 The small armed group occupying a remote Oregon federal wildlife refuge for a sixth day Friday rejected a sheriff’s offer of safe passage out of the state.

"How long will this go on?" said Ammon Bundy, leader of the group that seized the headquarters of the refuge in southeastern Oregon last Saturday. "We say to you, 'not a minute too early.'"

Bundy spoke to reporters a day after Harney County Sheriff David Ward called for an end of the occupation. He asked the protesters to respect the wishes of residents who want them to go home.

To hasten their departure, Ward offered Bundy and the other activists safe passage out the county and state.

“I can only say to him, we will take that offer, but not yet,” said Bundy, the son of Cliven Bundy, a Nevada rancher who in 2014 was at the center of a tense standoff with federal officials over grazing rights.

The younger Bundy suggested Ward wasn’t speaking for everyone in the county. The protesters are demanding a plan to turn over federal lands to locals.

“When the people are ready to stand for themselves, there will be no need for us and we can go home,” Bundy said.

Oregon Gov. Kate Brown on Thursday called the occupation "unlawful" and said it had to end.

"It was instigated by outsiders whose tactics we Oregonians don't agree with. Those individuals illegally occupying the Malheur Wildlife Refuge need to decamp immediately and be held accountable," she said.

On Wednesday night, residents attended a community meeting to air their views about the two dozen or so armed men holed up at the refuge’s headquarters 30 miles south of Burns.

Locals said they sympathized with the armed group's complaints about federal land management policies but disagreed with their tactics.

At that meeting, Ward said he hoped residents would put up a united front to peacefully resolve the conflict with the group.

"I'm here today to ask those folks to go home and let us get back to our lives," Ward said.

Schools were closed following the seizure of the refuge because of safety concerns in the small town in eastern Oregon's high desert.

Bundy's group, calling itself Citizens for Constitutional Freedom, says it wants an inquiry into whether the government is forcing ranchers off their land. Participants came from as far away as Arizona and Michigan.