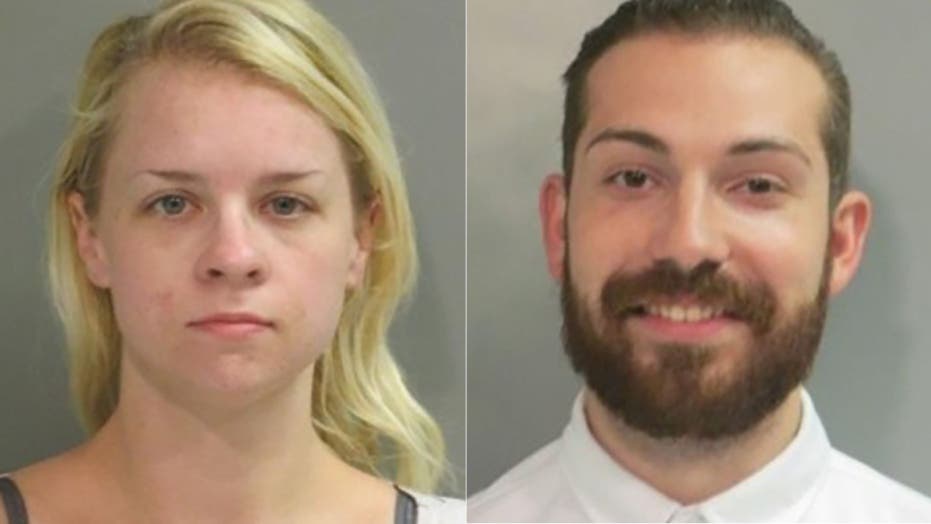 An Arkansas woman who posed as a California sheriff's deputy to break her boyfriend out of jail has been sentenced.

Maxine Feldstein, 30, pleaded guilty on Monday to several charges, including criminal impersonation, and was sentenced to 30 years in prison, but half her sentence was suspended by the judge, KFSM-TV reported.

Maxine Feldstein, 30, was sentenced to 30 years in prison for impersonating a sheriff's deputy to bust her boyfriend, Nicholas Lowe, out of jail. (Washington County Detention Center)

In July, Feldstein posed as deputy "L. Kershaw," with the Ventura County Sheriff's Office, at the Washington County Jail, and presented forged documents to fool those at the jail into freeing her boyfriend.

Boyfriend Nicholas Lowe reportedly told Feinstein to pose as a deputy from the sheriff's office, the station reported, citing court documents. Lowe told his girlfriend she should tell the jail staff that the sheriff's office was "having issues with overcrowding and all low-priority extraditions have been suspended."

Two days later, a real Ventura County sheriff's deputy called the jail to let them know he was on his way to pick up Lowe, which is when jail officials realized what happened.

The couple was arrested in Fayetteville about a month after the incident.