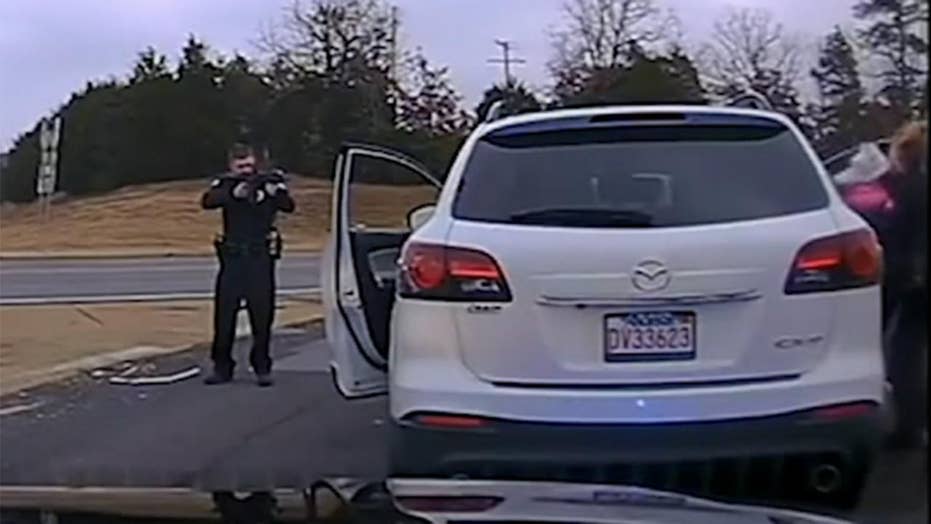 A police dashcam video captured the tense moment an Arkansas officer risked her life to save a one-year-old girl being held captive by her gun-toting father.

Footage of the Dec. 19 standoff recently released by the Little Rock Police Department shows Officer Brittany Godfrey reaching into the passenger side of an SUV to pull the child to safety while numerous cops were pointing their weapons at its driver, Farris Deloney. The 43-year-old reportedly fired a shot at a Walmart parking lot in the state’s capital before taking off with the toddler and leading police on a chase.

Later on in the video, Godfrey and other officers are heard pleading to Deloney to step out to the vehicle without harming anyone.

“Your children need you,” one of the officers is heard saying.

“Olivia needs her daddy,” Godfrey adds. “They need a daddy to grow up with.”

Deloney eventually walked out of the SUV with his hands up and surrendered. He now faces charges of kidnapping, aggravated assault and endangering the welfare of a minor. The child is reported to be in the custody of her mother.

Little Rock Police Assistant Chief Alice Fulk told Fox 19 that the department will likely use the footage to train future officers about the kinds of situations they may face while on duty.